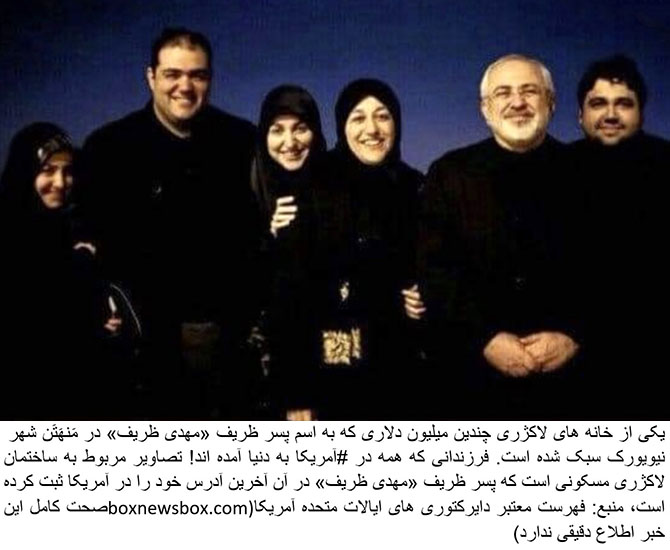 Mohammad Javad Zarif ( born c. 7 January 1960) is a career diplomat and academic. He has been foreign minister of since 2013. During his tenure as foreign minister, he led the negotiation with P5+1 countries which produced the Joint Comprehensive Plan of Action on 14 July 2015, lifting the economic sanctions against Iran on 16 January 2016. On 25 February 2019, Zarif resigned from his post as foreign minister. The multimillion dollar luxury Manhattan on 5th Avenue listed as the son of Islamic Republic’s foreign minister (Mahdi Zarif) current residence according to US trusted public directories, the estimated price for these apartments is $18,450,853 according to the latest markets figures.