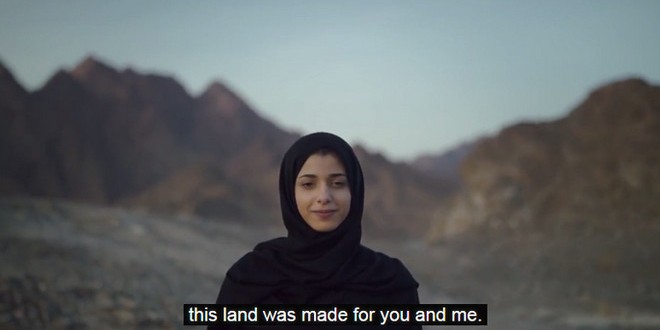 A number of conservative Americans have taken offense at a Jeep advertisement that ran in the United States during the Super Bowl this past Sunday. The commercial depicted scenes from all over the world set to the classic American folk song, “This Land is Your Land”. At one point in the commercial, a woman is shown wearing a hijab, standing in the foreground of a mountain range. The shot lasts approximately two seconds, and is preceded and followed by shots of India, China, Brazil, and Australia, among others.