The Tianjin Radio and Television Tower is a 415.2-metre (1,362 ft) tower in Tianjin, China used primarily for communication. It is the 8th tallest freestanding tower in the world. It was built in 1991 at a cost of $45 million. Approximately two-thirds up the tower is an observation pod with 253 square metres (2,720 sq ft) of floor space (used mostly for communication equipment). It is a member of the World Federation of Great Towers. 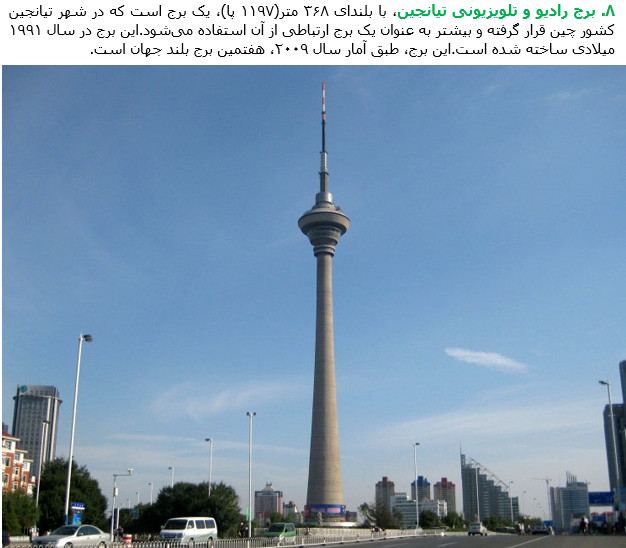