Mahtab Keramati has been invited in annual Rasht art auction

Mahtab Keramati ( born October 17, 1970) is an actress. In 2006 she was appointed as UNICEF National Ambassador in Iran. She was taking acting courses when she was chosen for the role of Helen in The Men of Angelos, which garnered her national recognition. She later went on to appear in films such as Mummy III and Rain Man for which she was nominated for a Fajr International Film Festival Crystal Simorgh. She then appeared in dramas such as Saint Mary and Crimson Soil and the films Hell, Purgatory, Heaven, There Are Things You Don’t Know, Alzheimer and The Private Life of Mr. 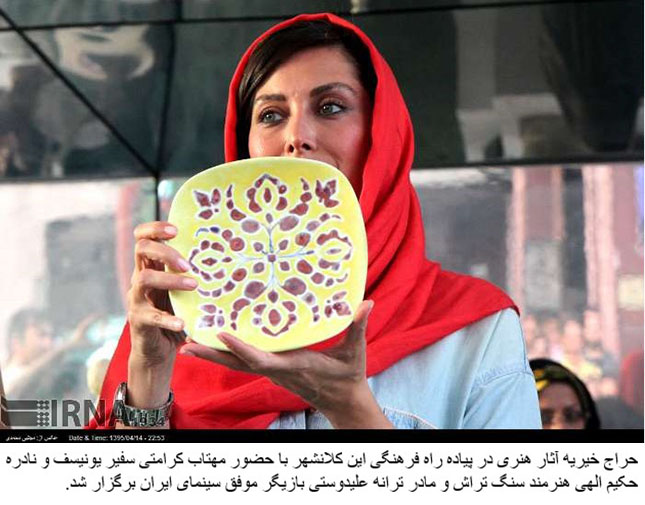