Masoumeh Ebtekar’ Son in the U.S

Masoumeh Ebtekar (born Masoumeh, Niloufar Ebtekar; 21 September 1960) is current Vice President for Women and Family Affairs, being appointed on 9 August 2017. She previously headed Department of Environment from 1997 to 2005, making her the first female member in the cabinet since 1979 and the third in history. She held the same level of office from 2013 to 2017. 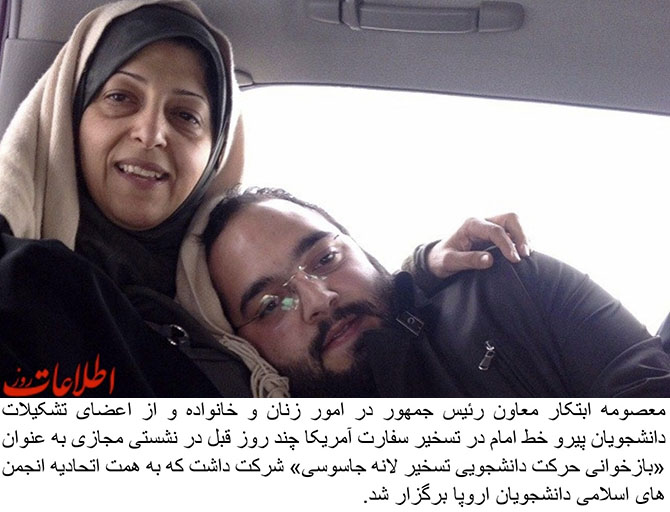