Nasrollah Moein’s birthday in the U.S 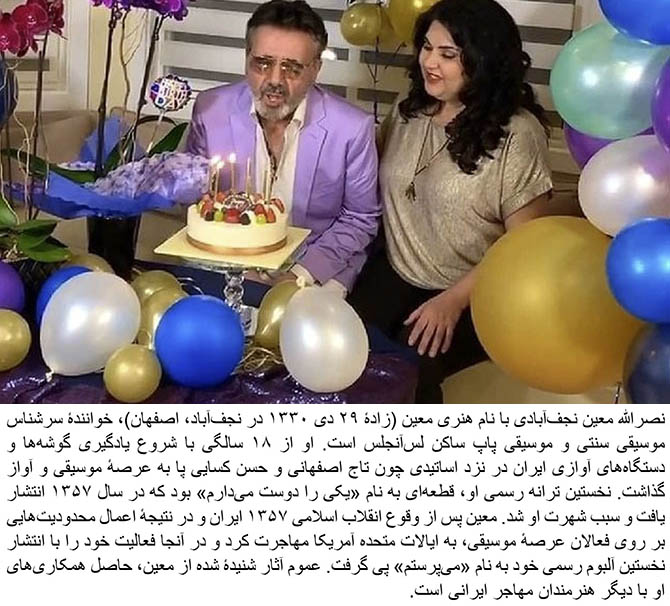 Nasrollah Moein, is a singer. Moein was born in Najafabad, a city in Isfahan Province. Celebrating one’s birthday is a special event that’s meant to be shared with loved ones. In recent years, Moein has become widely acclaimed in and he has played concerts throughout the globe. He is referred to as “Javdan Sedaye Eshgh,” which translates to “The Eternal Voice of Love.”He is one of the Greatest singers in History. He began his artistic career as a radio singer and released several albums before Yeki Ra Doost Midaram in 1986, which was his first album to be widely noticed in.