New Photos of Dariush Eghbali’s daughter in the U.S

Dariush Eghbali better known by his stage name Dariush is an Iranian singer. He was born on February 4, 1951. His musical talent was first recognized at age nine when he appeared on stage at his school. Khayatbashi introduced him to the public at age 20 through national television. He gained popularity for his song “Don’t Tell Me Yo Love Me”. 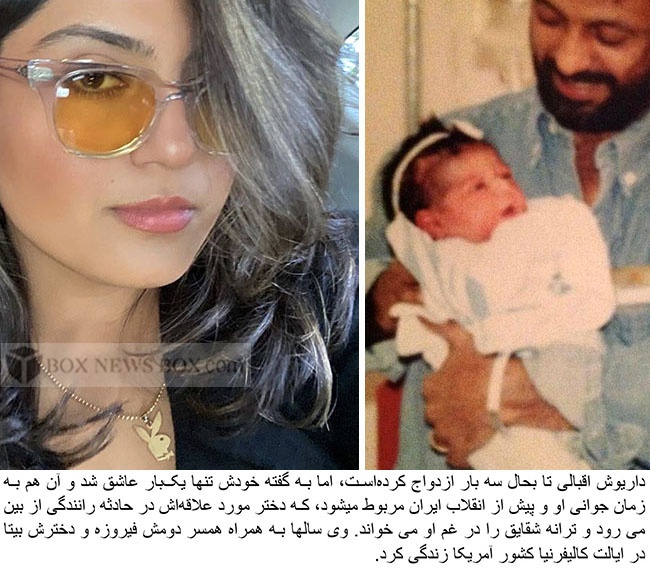