The Easter Bunny has nothing on Nike. The athletic company announced its new Easter Collection of men’s basketball shoes Tuesday, a colorful assortment of four new signature shoes from Kobe Bryant, LeBron James, Kevin Durant and Kyrie Irving.The four shoes — KOBE X, KD7, KYRIE 1 and LEBRON 12 — capture the spirit of the holiday, pairing pastel colors with micro camo, florals and other abstract prints.The 2015 Nike Basketball Easter Collection will also feature t-shirts, hats and socks made to match each of the four shoes. It will hit nike.com and select retail locations on April 2 — just in time to swap out a few Easter eggs for something a little sweeter than candy. That James is the highest-grossing NBA shoe salesman, and “Nike sold $340 million worth of James’ signature shoes in the last 12-months through January, up 13% from the prior year.” He earns an estimated $20 million a year from the more-than-a-decade-long partnership. 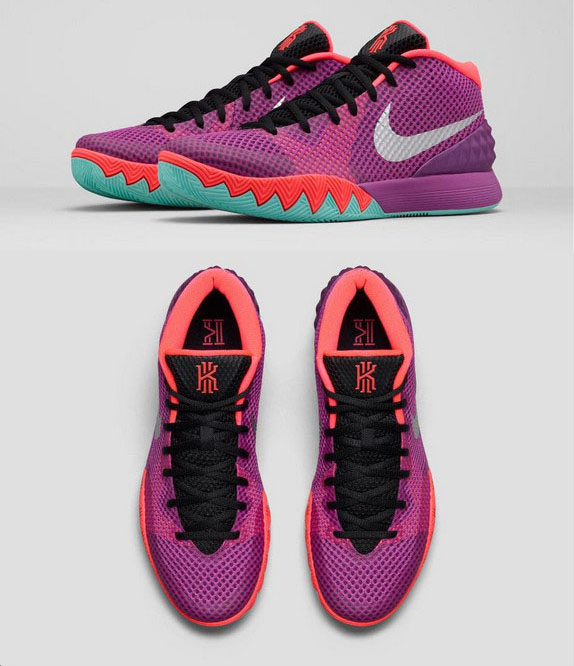