Pia Wurtzbach reunites with a friend

Misagh Bahadoran ( born 10 January 1987) is a Filipino-Iranian footballer who plays as a forward for Global FC and as a winger for the Philippines national team. He has also played for the Philippines national futsal team. Bahadoran first got called up to the Philippines squad in 2007, but his father urged him not to play for the team due to conflicts with his studies. After graduating from university in 2011, his father allowed him to pursue football and was again called up to the national team. He was eventually named in the final squad for the 2014 FIFA World Cup qualification first round against Sri Lanka. However, over the two-legged match, he was not able to get his debut. 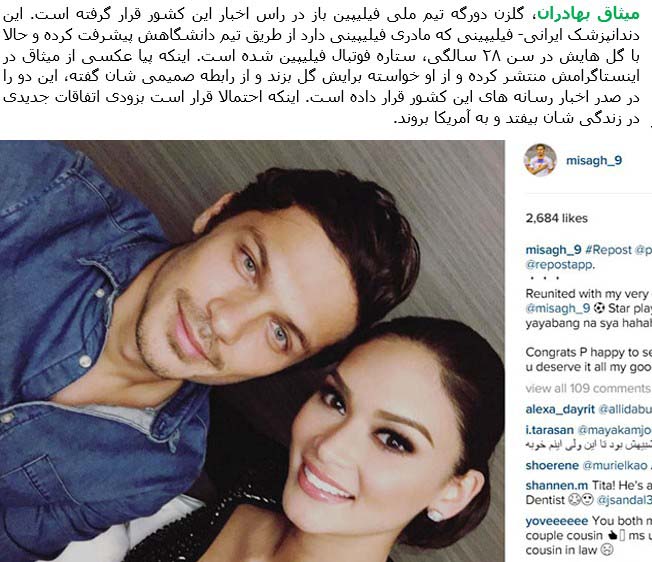