Back in 2010, the news of tennis champion Rafael Nadal’s RM027 wristwatch went around the world in a way that timepiece news seldom does.There were two main reasons for this. For one, tennis players just about never wear their timepieces on court. “In 2010 here at Roland Garros, it was the first time I played with a watch,” Nadal confirmed on Saturday as the 2015 edition of the tournament was getting underway. “Richard put a lot of work into making the most amazing, extreme watch I have ever seen.” Aside from the obvious fact that something poking the wrist is not a desirable state of being for a tennis player, the G forces and shock created are also not good for the mechanical timepiece. In fact, I highly doubt any watch could stand up to several hours of Nadal-style kamikaze tennis each and every day for very long. 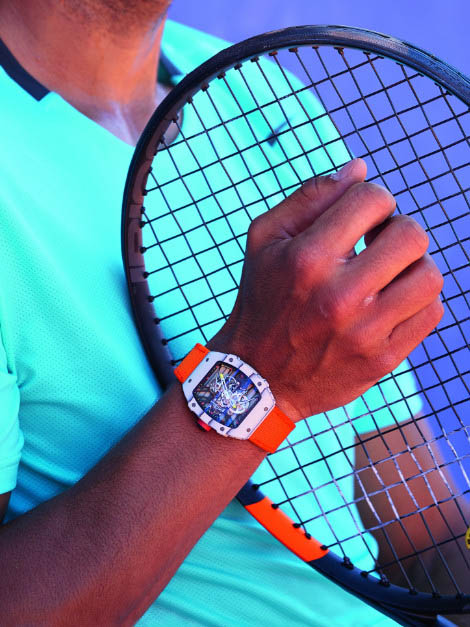