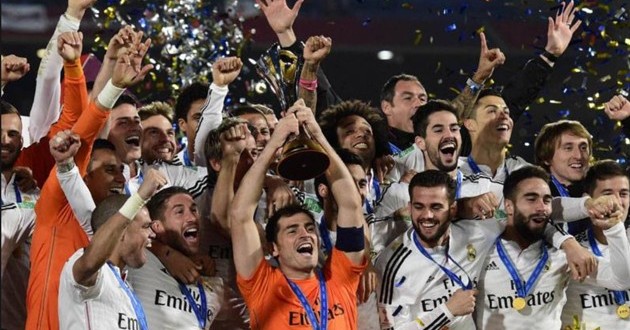 Real Madrid defeated San Lorenzo of Argentina 2-0 on Saturday to win the Club World Cup and secure their fourth trophy of 2014. The Spanish giants dominated the final with Sergio Ramos, who had been an injury doubt because of a hamstring strain, and Gareth Bale getting on the scoresheet. Real added the year-ending trophy to the Champions League, Copa del Rey and European Super Cup titles they had already secured in 2014. They will also end the year on top of La Liga. Saturday’s triumph was also their 22nd consecutive win in all competitions, and they now have in their sights the mark of 26 straight wins achieved by Johan Cruyff’s Ajax side in 1971-72.
2015-01-01
news