Shahab Hosseini and his family in the U.S 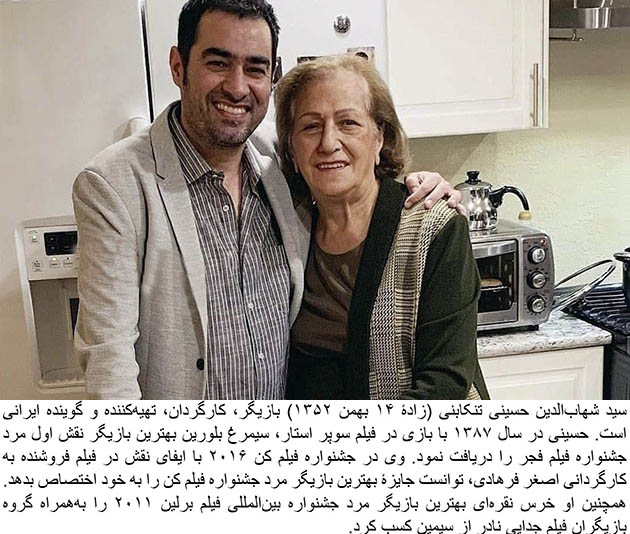 Seyyed Shahab Hosseini (born 3 February 1974) is an Actor and director. A popular actor, internationally he is known for collaborations with writer and director Asghar Farhadi in About Elly (2009), A Separation (2011), and The Salesman (2016). He has won the Silver Bear for Best Actor for A Separation together with the male cast in 61st Berlin International Film Festival, and the Best Actor Award in 2016 Cannes Film Festival for his role in The Salesman.