British artist Alex Chinneck has undertaken a mammoth new artwork in Covent Garden, London, collaborating with builders, engineers, robots and more to make it look like the Market Building in the piazza is drifting up into the sky.The effect, which can be seen not just from a specific angle but all sides, was achieved using digital carving and four-tonne counterweights.Entitled ‘Take my lightning but don’t steal my thunder’, the sculpture mimics the Market Building behind it, its broken columns making it look as though the 184-year-old building is levitating in mid-air.Over 100 people worked on the artwork, including structural engineers, carpenters, carvers, set builders, scenery painters, water jet cutters and a robot, with 14 tonnes of steel being used and a tonne of paint. 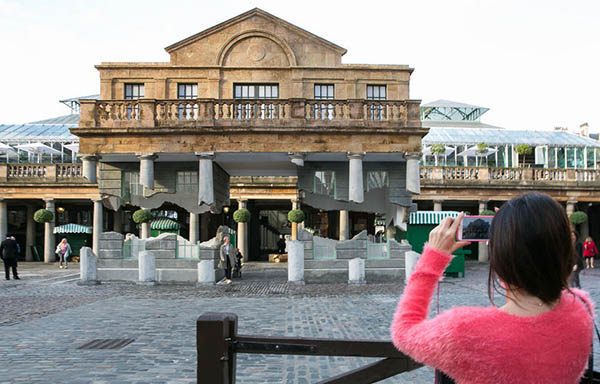 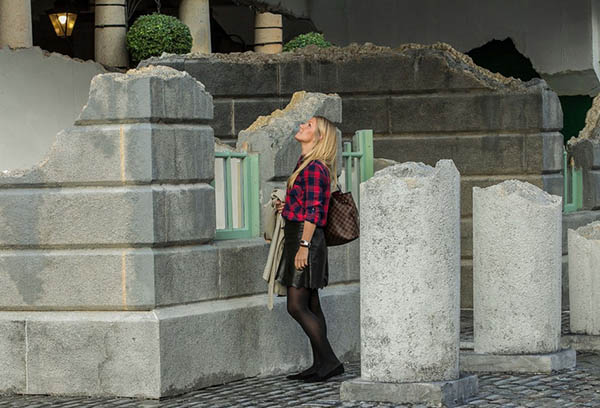 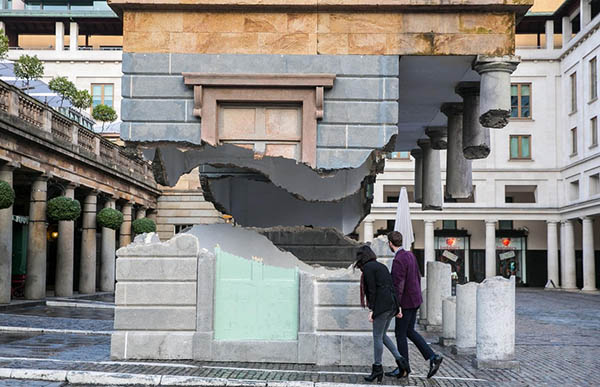 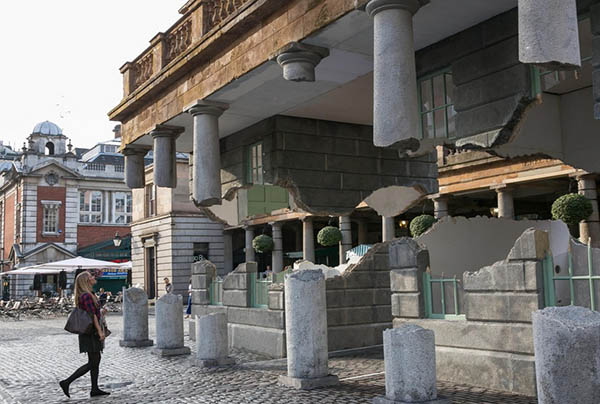 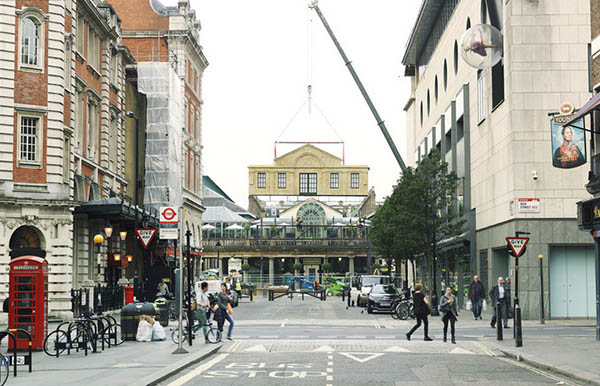 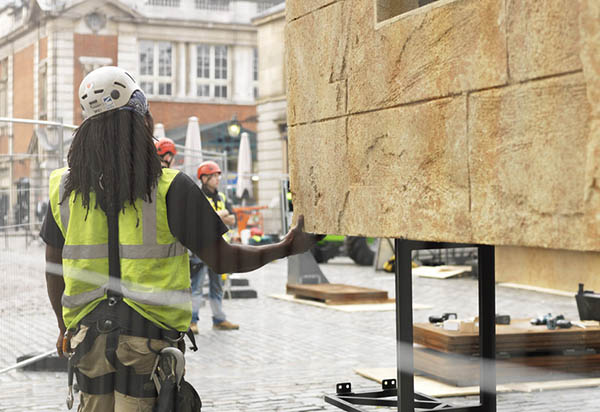 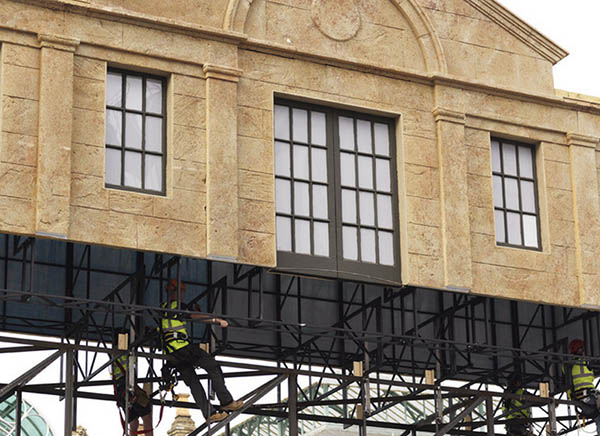