The 10 Most Beautiful First Ladies in the World

Dominique Ouattara is the first lady of Ivory Coast and is definitely one of the most beautiful first ladies not just in Africa, but in the whole world. This beauty was born in Constantine, in French Algeria in 1953, but she later moved with her family to Ivory Coast in 1975. Dominique was married to the late Jean Folloroux, who died in 1984, and then later married Alassane Ouattara in 1991, the then Deputy Governor of BCEAO, who is currently the president of Ivory Coast. Dominique is a Christian, despite being married to a Muslim. 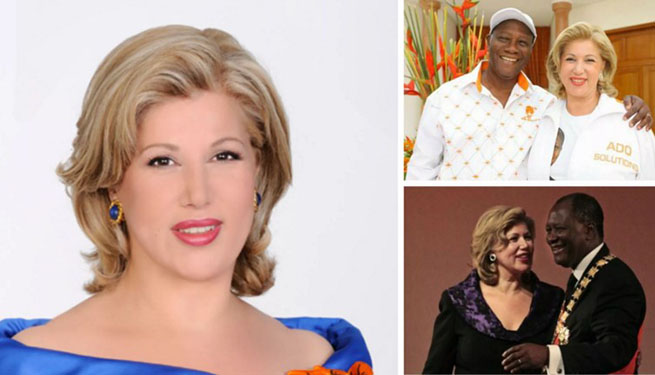