The Persian name kale pacha literally translates as head and shank which are the central ingredients in a variant of this dish. ale pache or kaleh pacheh is a version of khash made with a sheep’s entire head and its hooves. The dish is traditional to Azerbaijani and Iran. Usually consumed as a breakfast soup, it includes lamb’s head (including brain, eyes and tongues) as well as hooves, and is seasoned with lemon and cinnamon.To prepare kaleh pacheh, the heads and feet of sheep are collected, cooked and treated as per the recipe.Kaleh pacheh is almost always only served from three in the morning until sometime after dawn, and specialty restaurants (serving only kaleh pacheh) are only open during those hours. 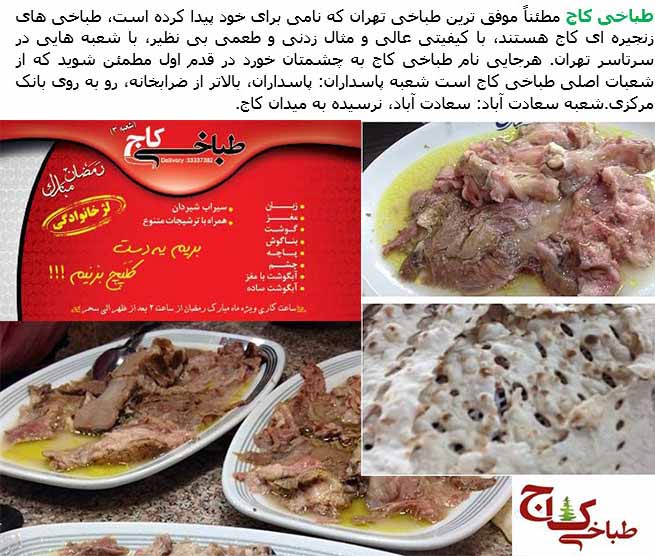