The Best Women’s Watches from Baselworld 2015

Knowing this, Delhotel decided to go the extra mile and hired Parisian graphic designer Philippe Apeloig, who in 2012 had already created graphical elements for the company such as the visual identity of the Saut Hermès event. Apeloig was, by the way, the design consultant to the Louvre from 1997 through 2003, after which he became its art director until 2007.What Apeloig contributed to the Slim d’Hermès was a whole new typography for the dials’ numerals. As is plainly visible, this simple, elegant, lively typography comprises numerals that also contain a tiny bit of white space. 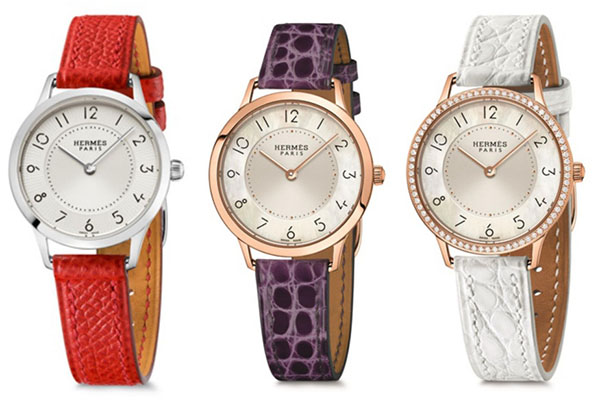