The Funniest People of All Time

Leslie William Nielsen, OC (11 February 1926 – 28 November 2010) was a Canadian actor and comedian. He appeared in more than 100 films and 150 television programs, portraying more than 220 characters.Nielsen was born in Regina, Saskatchewan. He enlisted in the Royal Canadian Air Force and later worked as a disc jockey before receiving a scholarship to study theatre at the Neighborhood Playhouse. Making his acting debut in 1948, he made more than 50 television appearances two years later. Nielsen later made his film debut in 1956, with supporting roles in several drama, western, and romance films produced between the 1950s and the 1970s, with Nielsen crossing genres in both television and films. 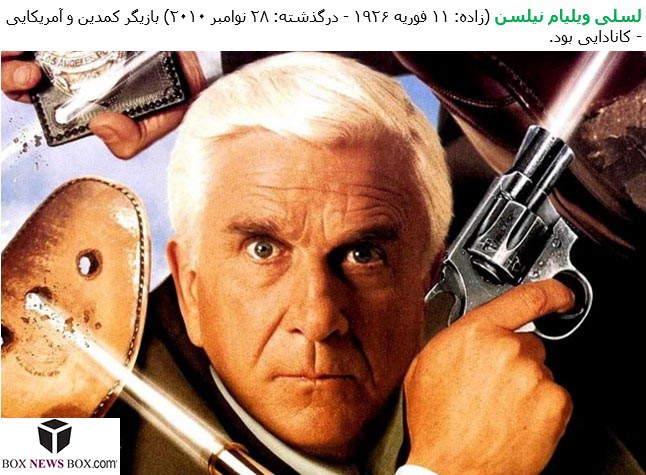