The grandchildren of Legend “Fardin” Lili Fardin getting married to Mehrdad 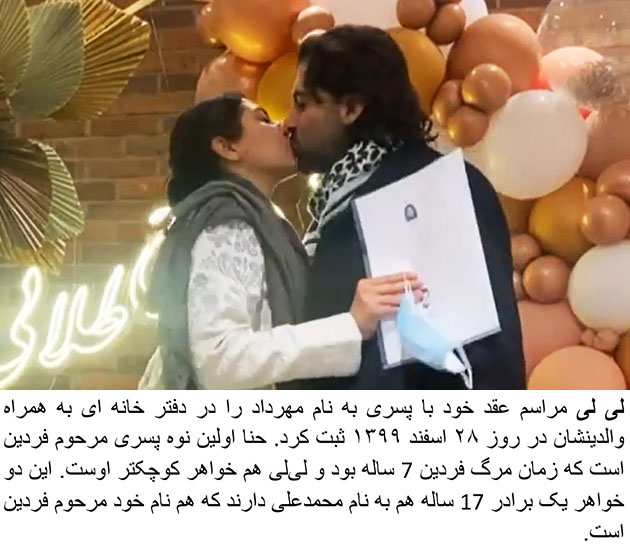 Mohammad Ali Fardin (4 February 1931 – 6 April 2000) was an Prominent actor, film director and freestyle wrestler. Fardin was born and raised in a poor area in southern. He was the eldest of three children. After graduating from high school, Fardin joined the Air Force and became a freestyle wrestler in his twenties; he won a silver medal at the 1954 World Wrestling Championships and placed fourth in 1957.