Farzaneh Kaboli is a dancer, a leader in the Folkloric and National Dance Art. and a master of choreography  theaters.Kaboli studied in the ” National and Folkloric Dance Academy” for three years. The Academy had acquired some of the best dance instructors and choreographers in the world. Robert de Warren and his wife Jacqueline from England were the primary instructors.Apart from dancing, Kaboli is an actress. Her first major role as an actress was in the play titled: All My Sons by Arthur Miller, directed by Akbar Zanjanpour. She supported actors and actresses such as Khosrow Shakibayee, Hady Marzban and Soraya Ghasemi in that play. She played a leading role in Hadi Marzban’s production of Memoirs of the Actor in a Supporting Role. 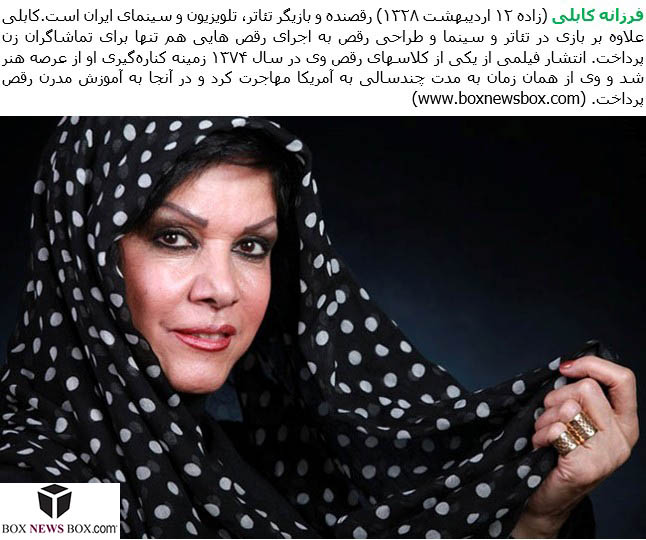