Melika Foroutan (born 1976 ) is a German actress.She is well known, amongst other reasons, for her role in the detective Commissioner playing the role of Sylvia Henke in the crime series KDD – Kriminaldauerdienst, which was awarded in 2007 as the best German series with the German Film Prize. In 2008, she starred alongside Mišel Matičević the lead role in the film adaptation of Frank Schätzing’s novel The Dark Side. In the same year of 2008. she starred in Wim Wenders’ Palermo Shooting. In the two-parter, The man with the bassoon, which tells the story of the family of Udo Jürgens, she played in 2011 the wife of Jürgens’ grandfather Heinrich Bockelmann. 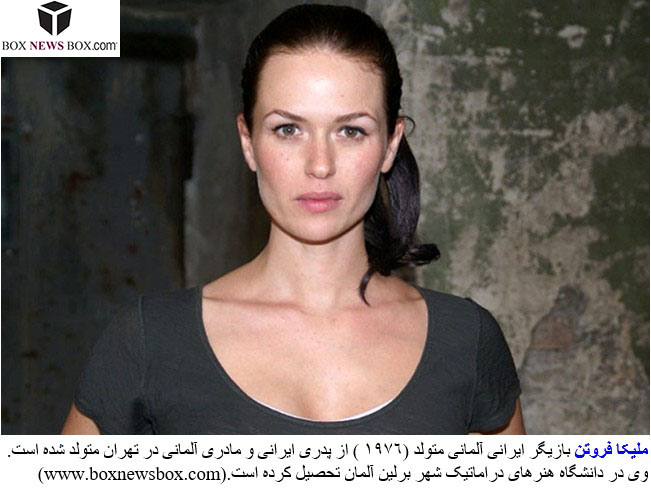