Zahra Ahmadi (born 1981) is a British actress.Born in Plymouth, Devon, Ahmadi is known for her role as Shabnam Masood in the British television series EastEnders from 2007–2008. In 2008, she appeared on an EastEnders-themed episode of The Weakest Link where she was voted off in the seventh round.She played Sabia in Britz following which she played Nasreen in King of Hearts at the Hampstead Theatre. She appears in the IFC series The Increasingly Poor Decisions of Todd Margaret and also appeared in the 2010 film Tamara Drewe. 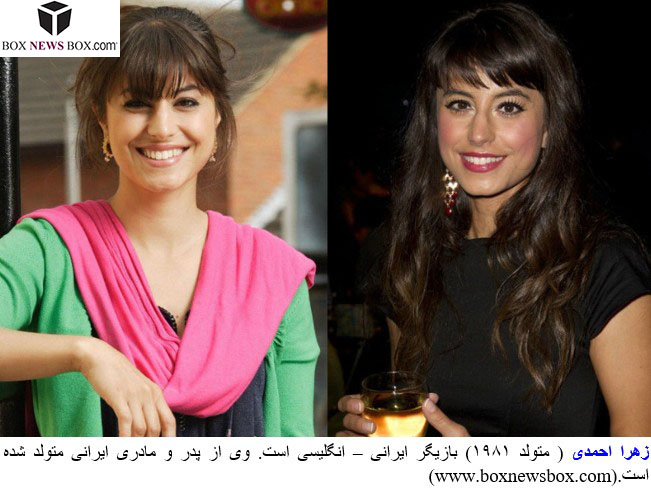