The opening of Behesht-e Zahra in 1970

In the early 1950s, all the cemeteries in Tehran were supposed to be replaced by several large new ones outside the then precincts of the capital. Behesht-e Zahra was built in late 1960s on the southern side of Teheran towards the direction of the city of Qom and opened in 1970. The first person buried in Behesht-e Zahra was Mohammad-Taghi Khial. 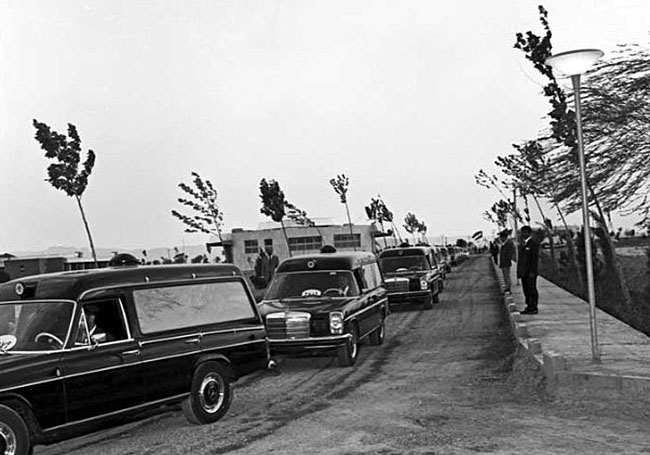