Mehdi Bazargan ( 1 September 1907 – 20 January 1995) was a prominent scholar, academic, long-time pro-democracy activist and head of interim government, making him Iran’s first prime minister after the Iranian Revolution of 1979. He resigned his position as prime minister in November 1979, in protest of the US Embassy takeover and as an acknowledgement of his government’s failure in preventing it.He was the head of the first engineering department of University. A well-respected religious intellectual, known for his honesty and expertise in the Islamic and secular sciences, he is credited with being one of the founders of the contemporary intellectual movement. 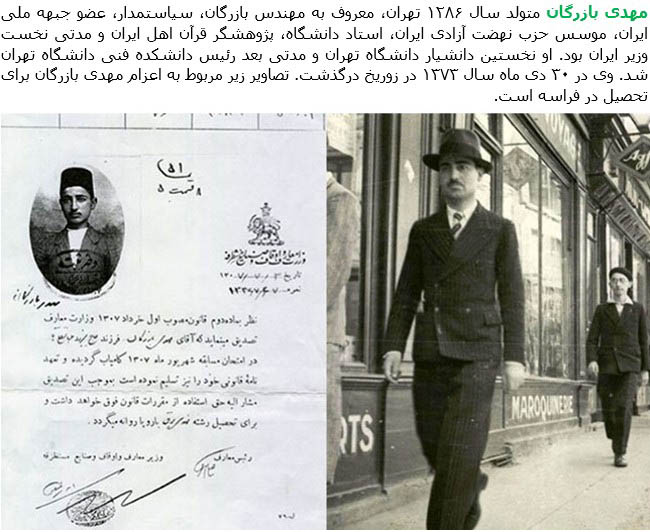