The steepest bridge in japan

The Great Seto Bridge is a series of double deck bridges connecting Okayama and Kagawa prefectures in Japan across a series of five small islands in the Seto Inland Sea. Built over the period 1978–88, it is one of the three routes of the Honshū–Shikoku Bridge Project connecting Honshū and Shikoku islands, and the only one with railroad connections included. At 13.1 kilometers (8.1 mi), it ranks as the world’s longest two-tiered bridge system.Crossing the bridge takes about 20 minutes by car or train. The ferry crossing before the bridge was built took about an hour. The non-discounted toll from Kojima, Kurashiki (Okayama Prefecture on the Honshu side) to Sakaide (Kagawa Prefecture on the Shikoku side) is ¥3,500, and vice versa. 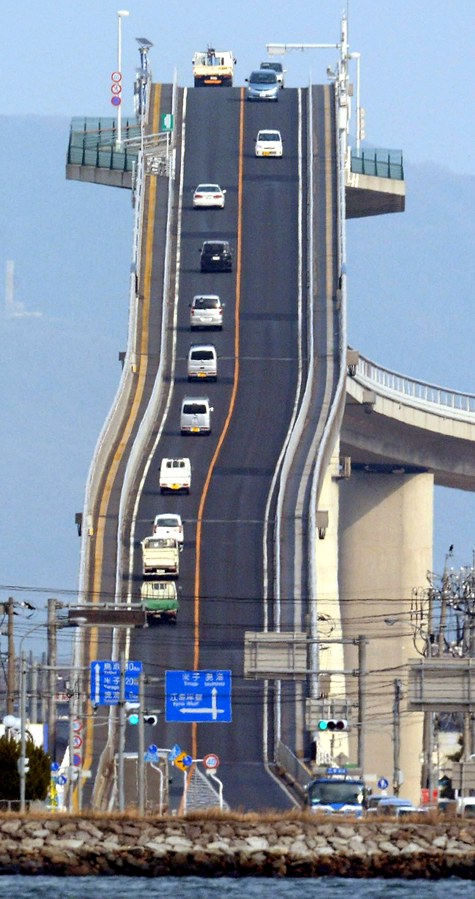 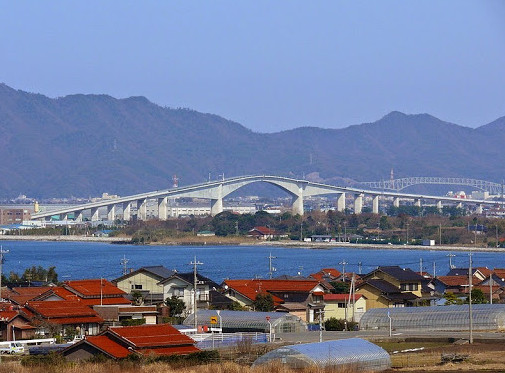 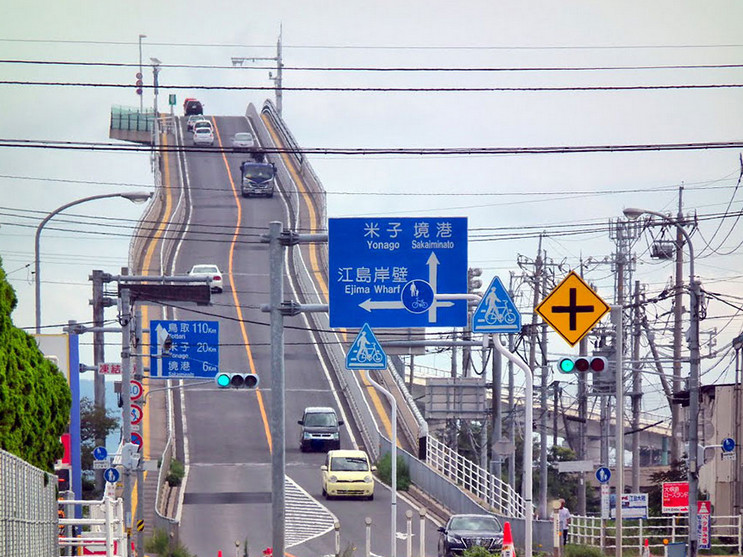 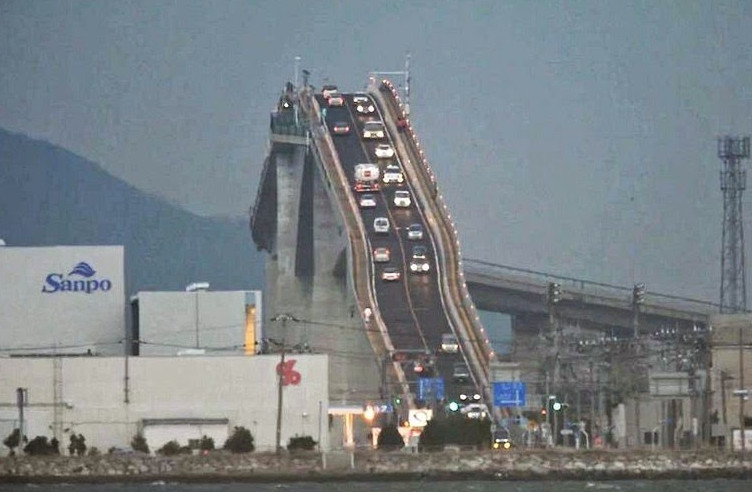