The unseen pictures of aircraft hijacking in 1988

Aircraft hijacking is the unlawful seizure of an aircraft by an individual or a group. In most cases, the pilot is forced to fly according to the orders of the hijackers. Occasionally, however, the hijackers have flown the aircraft themselves, such as the September 11 attacks. In at least three cases, the plane was hijacked by the official pilot or co-pilot. 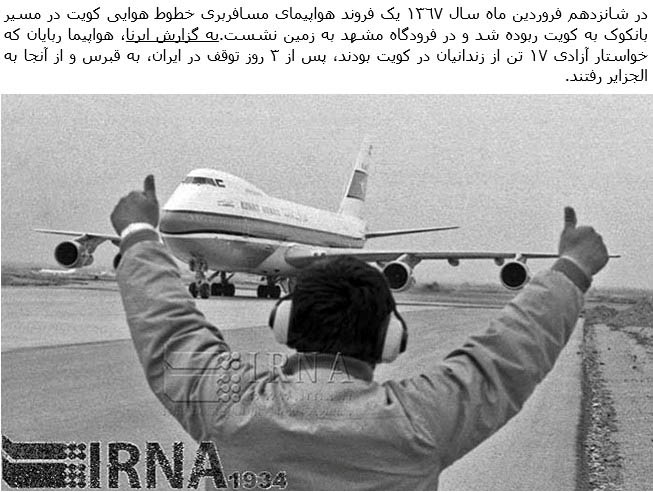