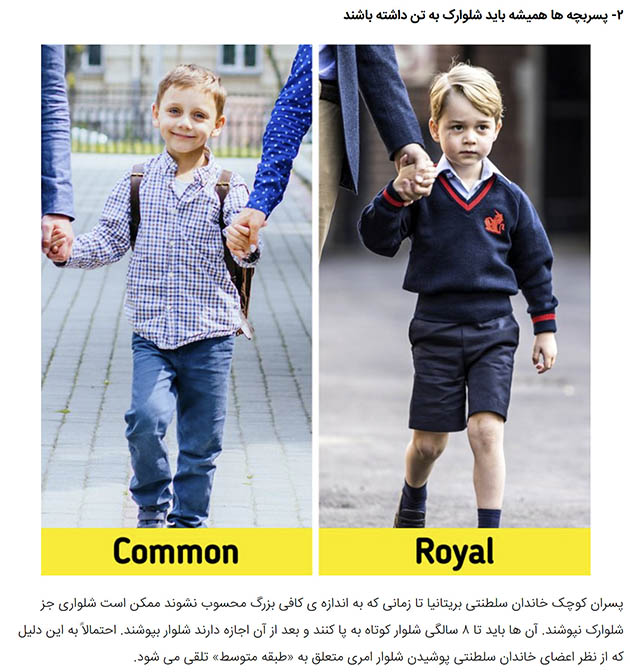 Until they’re considered old enough, young boys from the royal family may only wear shorts. It’s called “breeching.” They have to wear them until they’re 8 years old, then they’re allowed to wear trousers. It might also have to do with the fact that wearing trousers, for the royals, is considered to be “middle class.”