Pakistani politician Maryam Nawaz has recently joined the race of hottest female politicians in the world because she had stunning looks already but she attained attention of all by entering politics world. Maryam is a daughter of well-known Pakistani politician Nawaz Sharif, was Prime Minister of the nation but because of the corruption allegations removed from his post. She was in Lahore in 28 October 1973, while joined politics in 2012, playing massive role to survive well like her father and Uncle Shahbaz Sharif. She was appointed a chairperson of Prime Minister Youth Program in 2013, played impressive role as honest party member. Maryam tied the knot with with the Muhammad Safdar Awan in 1992, retired Pakistan Army officer. 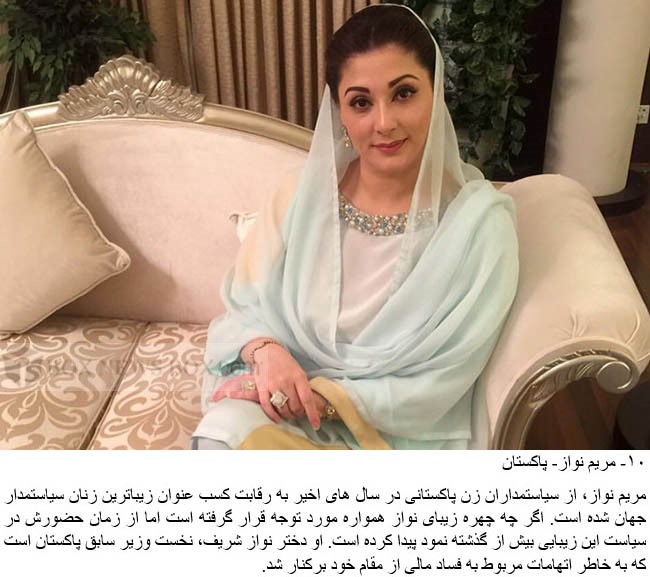