Top 15 Actors and Actress Who Are Good Singers

Mohammadreza Golzar,is an Iranian actor and musician.He was born on 21 March 1977 in Tehran, Iran. He Studied Mechanical Engineering in Azad University.Before starting his acting career with Sam and Narges, he gained fame as the guitarist of the Iranian music band, Arian band. In 2000, he was invited to act in Sam and Narges by Iranian director, Iraj Ghaderi. He started to gain popularity after acting in more films such as Shaam-e Akhar, Zahr-e Asal, and Boutique. It shouldn’t come as a surprise to us, really, that some of our best actors also happen to be good singers. After all, they work in the entertainment industry, and most of them have probably worked in theatre at one point or another. If they grew up acting, they probably also grew up doing school musicals and taking dance classes. The things just sort of go together.But no matter how logical it is, it’s such a fulfilling moment when you realize that an actor you admire is also a great singer. 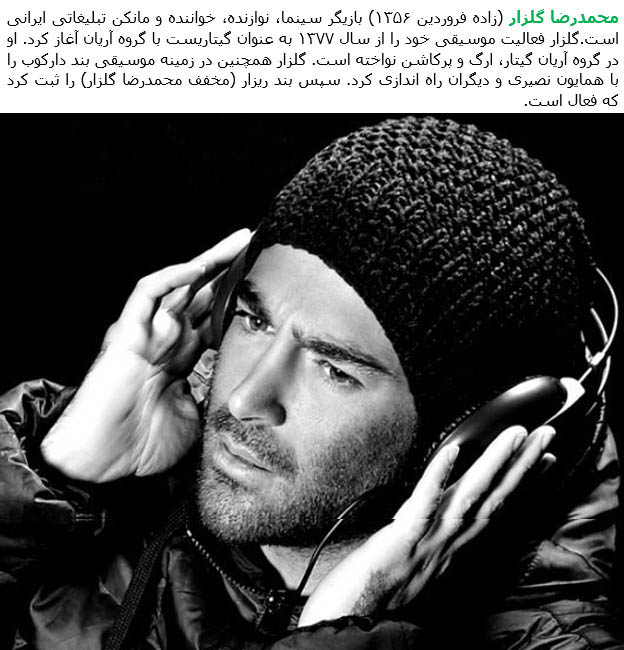