Tropical Islands Resort is a tropical theme park located in the former Brand-Briesen Airfield in Krausnick, in the district of Dahme-Spreewald in Brandenburg, Germany, 50 kilometres from the southern boundary of Berlin.[1] It is housed in the former CargoLifter airship hangar (known as the Aerium), the biggest free-standing hall in the world. The hall belonged to the company CargoLifter until its insolvency in 2002.Tropical Islands has a maximum capacity of 6,000 visitors a day. In its first year of operation it attracted 975,000 visitors, according to figures published by the operators. The annual report of the Tanjong company states that the hall had 155,000 visitors in the business year February 2004 to February 2005, in other words mainly prior to the opening of the theme park. Approximately 500 people work at Tropical Islands. 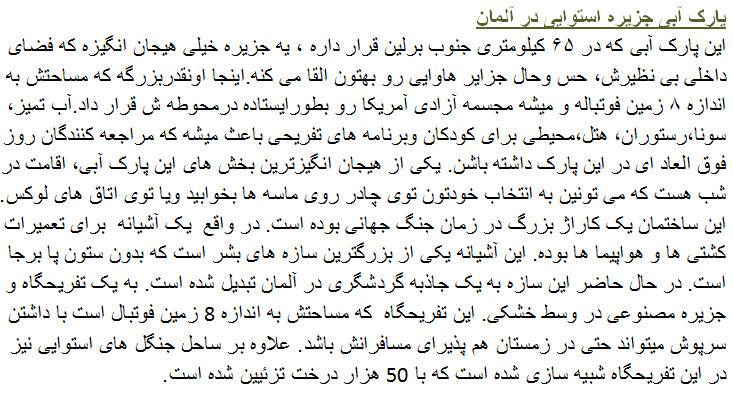 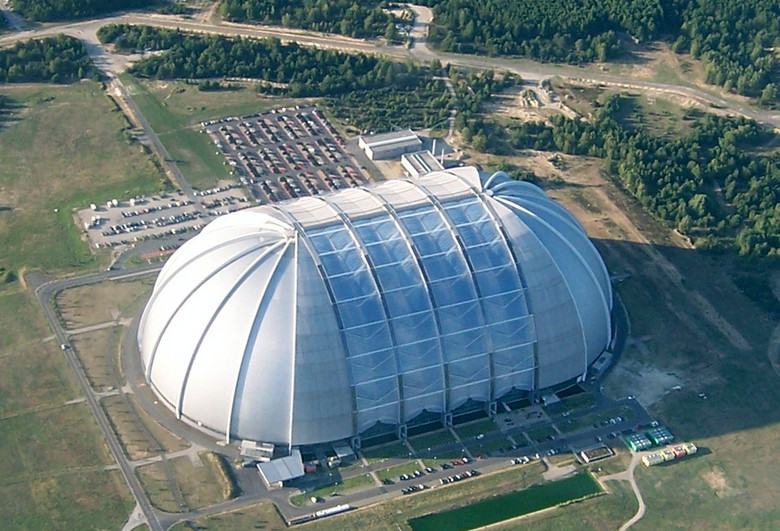 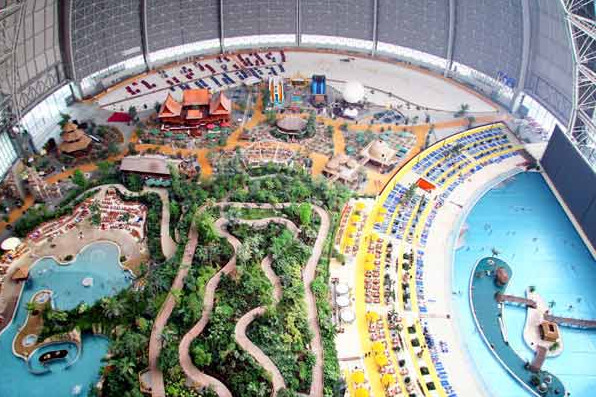 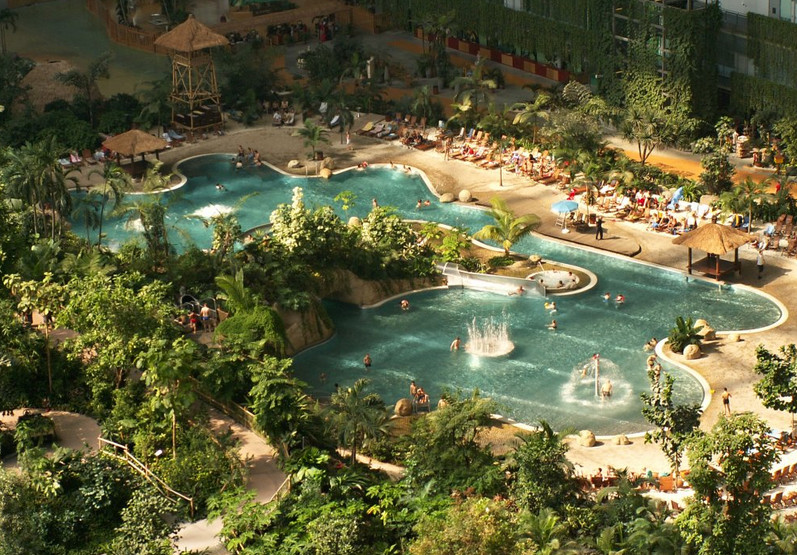 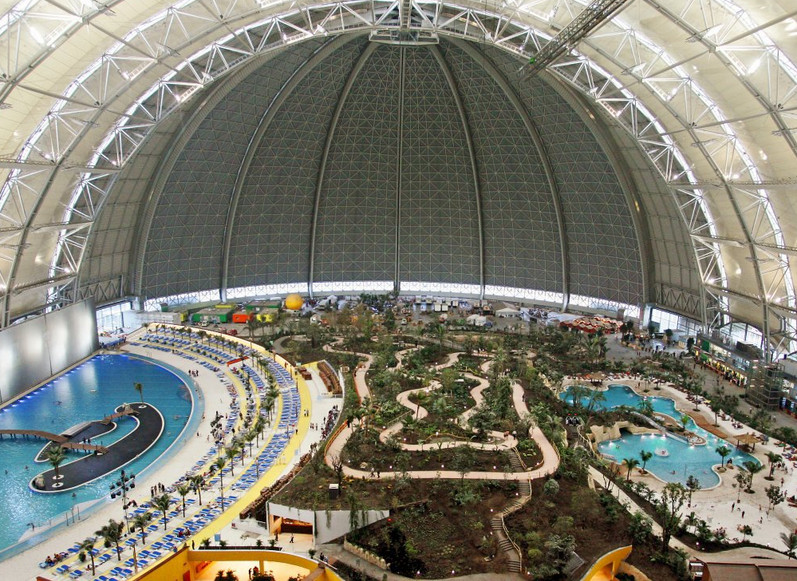 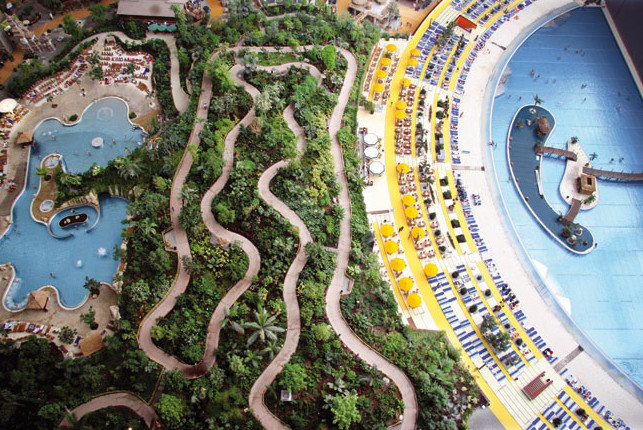 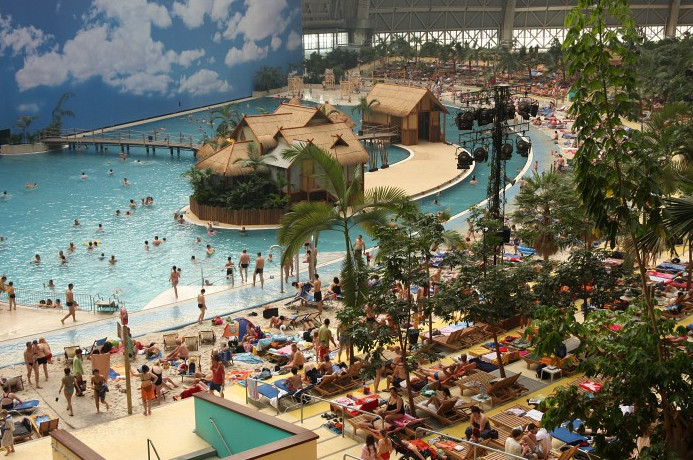 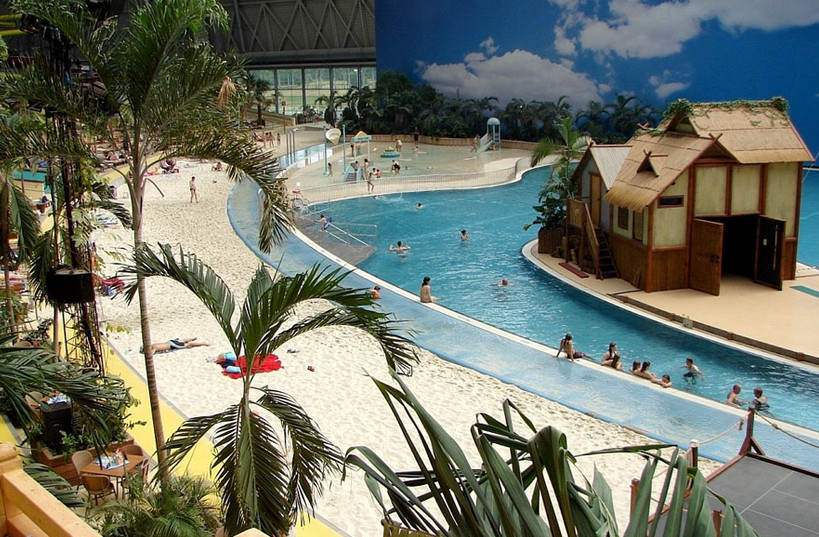 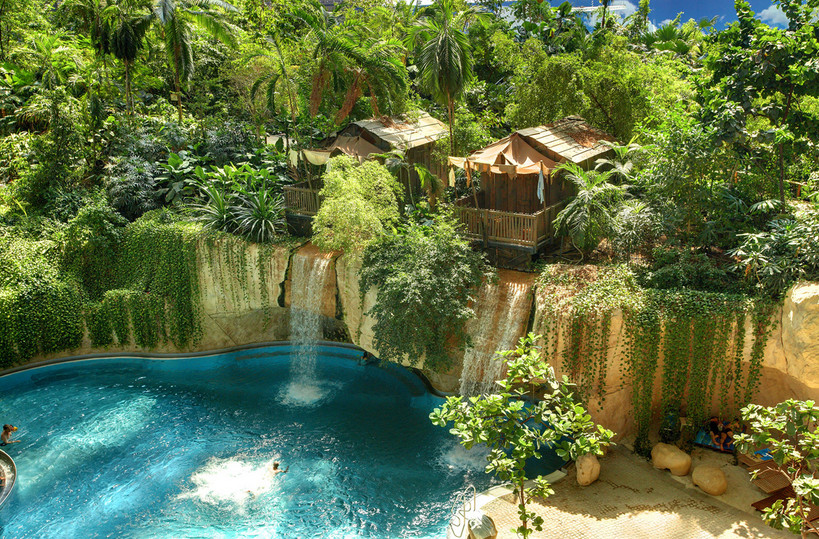 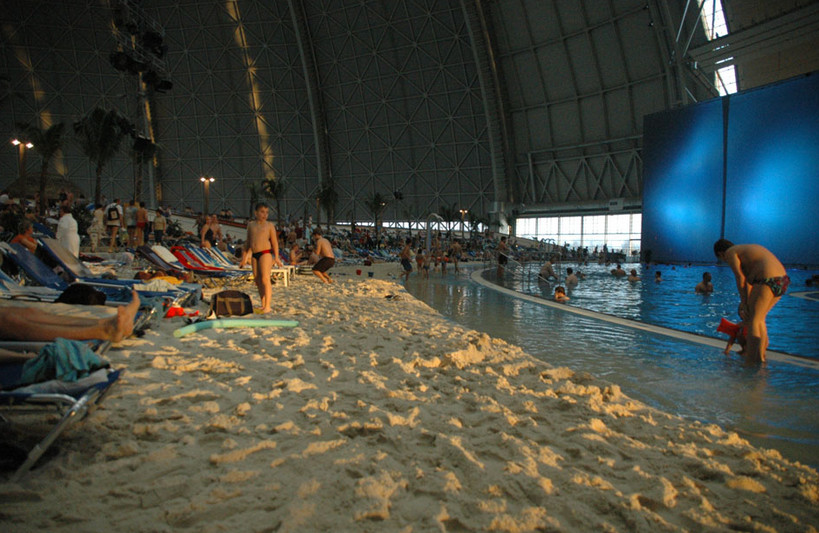 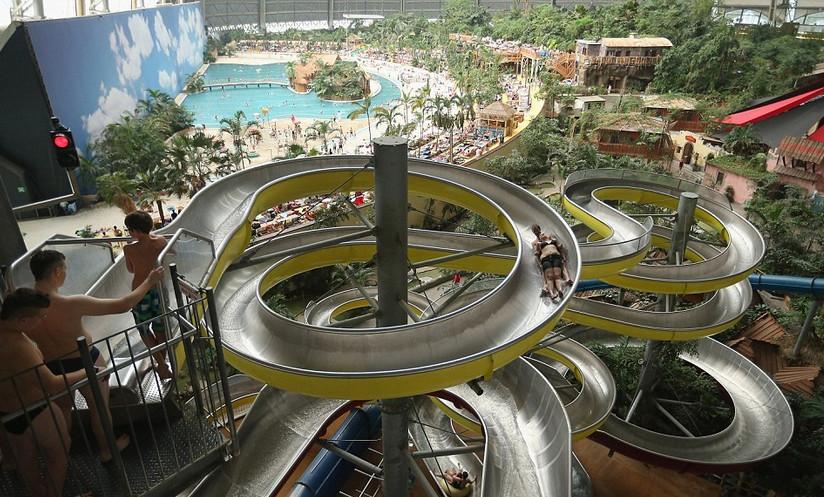 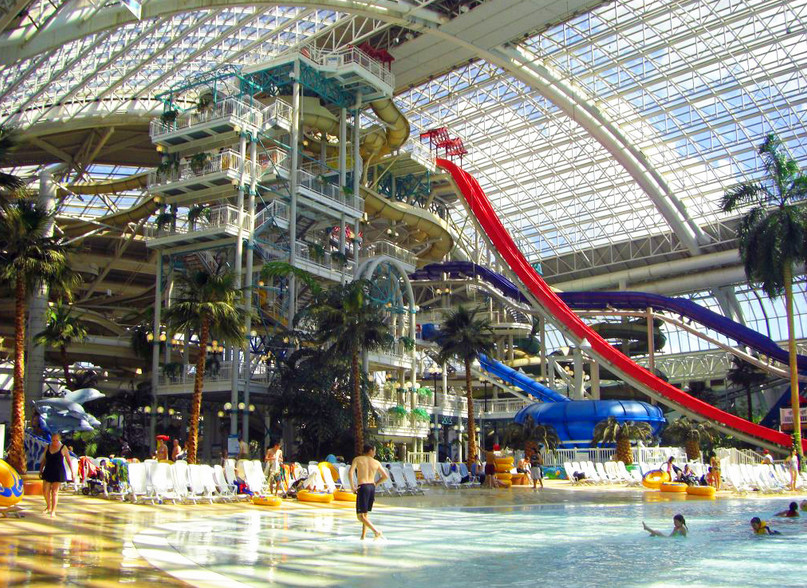