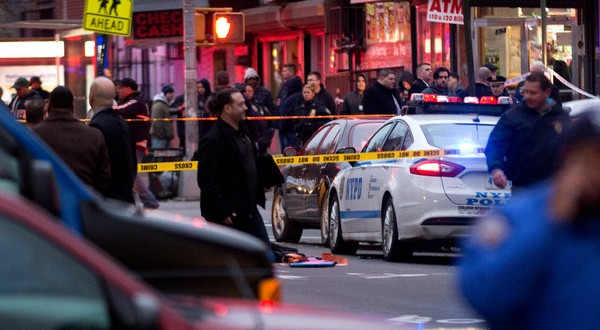 Two police officers were killed after they were shot in their patrol car in Brooklyn on Saturday afternoon, according to a law enforcement official. The shootings took place near Myrtle and Tompkins Avenues in Bedford-Stuyvesant. “It looks like they were shot in the upper body,” Deputy Chief Kim Royster said. She said that a suspect fled into a subway station after shooting the officers from the patrol car’s passenger side, and that the police had recovered a gun from the scene. Chief Royster said the suspect opened fire on the police officers, ran up Myrtle and went into a subway station.
2014-12-20
news