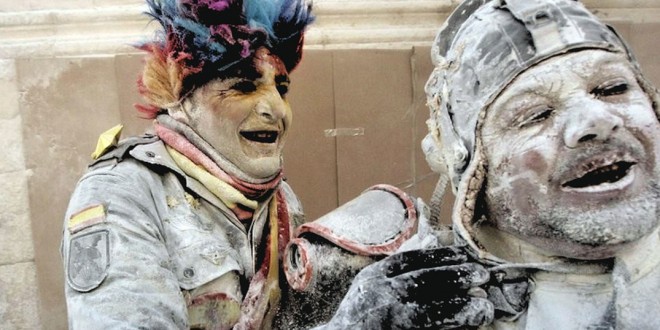 WAR with flour, eggs and fireworks!

Residents of the Spanish town of Ibi staged a mock military coup on Sunday, pelting each other with flour, eggs, firecrackers and fire extinguishers.The battle was part of an festival known as ‘Els Enfarinats’ (the Floured Ones) held every year in the village in the Valencia region. In the 200-year old tradition, a group of men stage a revolution against the authorities, imposing absurd laws and fining or ‘jailing’ people who break them. Any money raised goes to charitable causes. 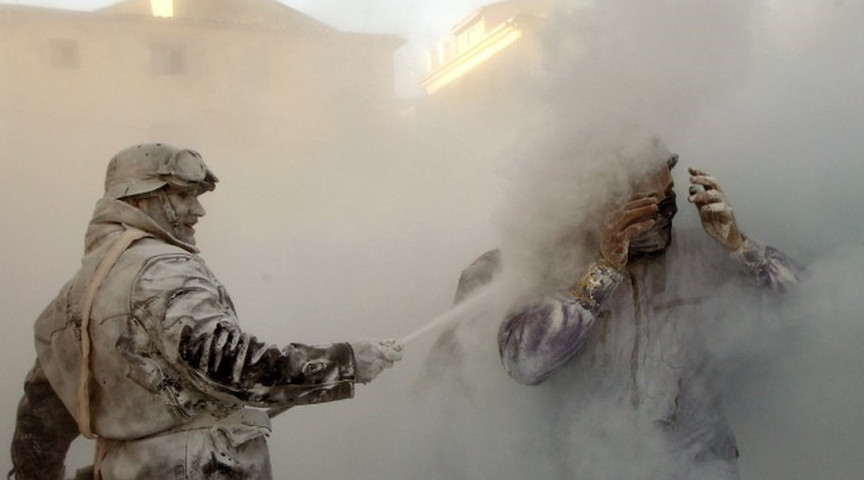 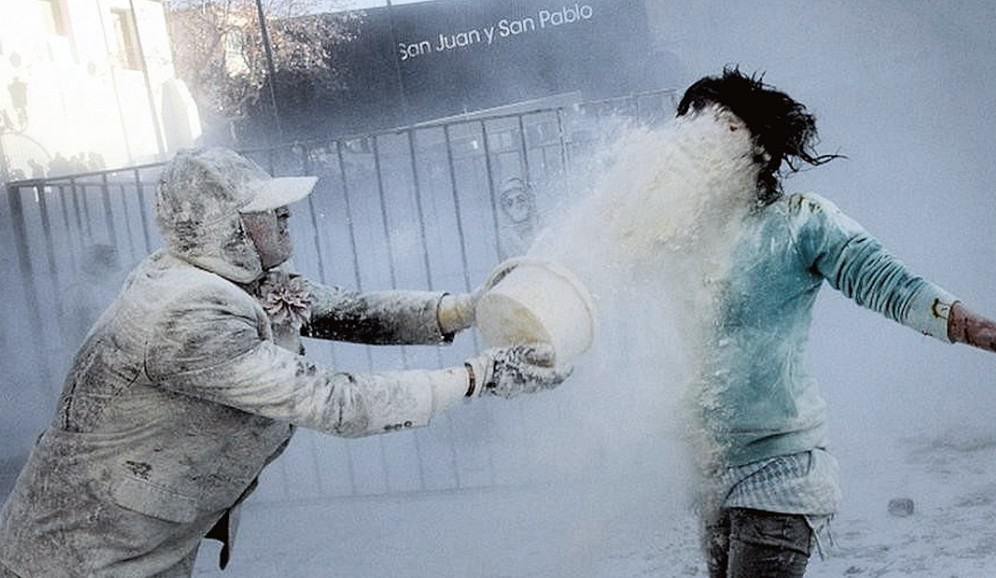 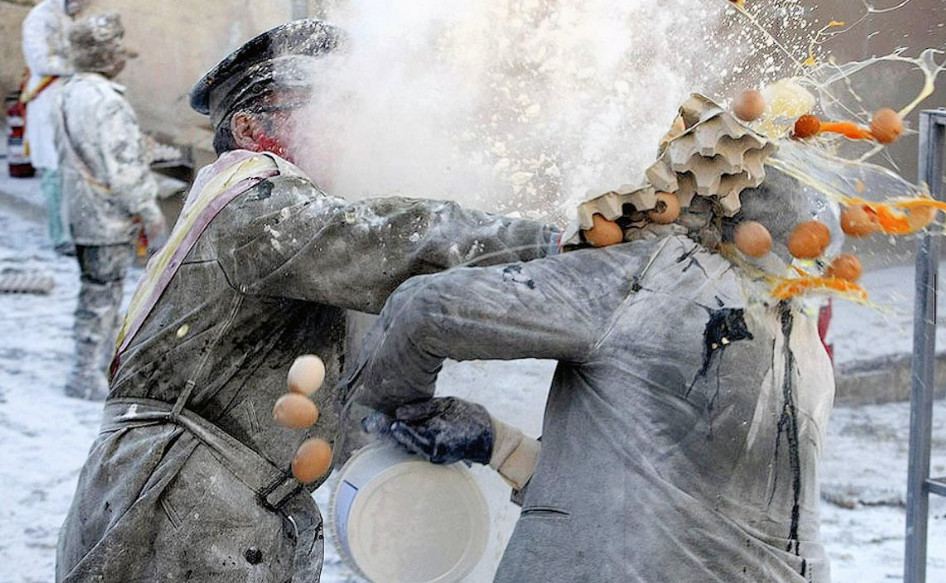 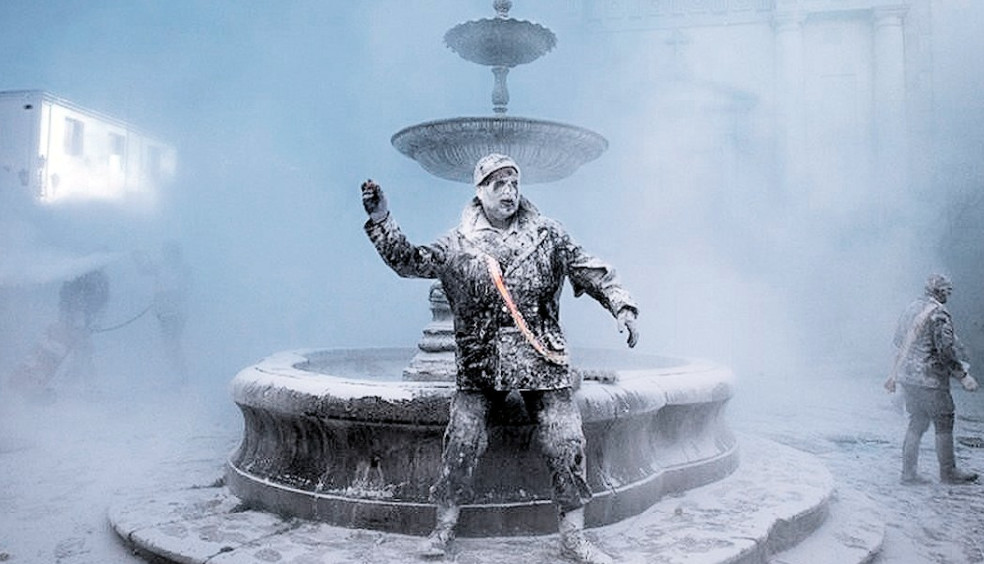 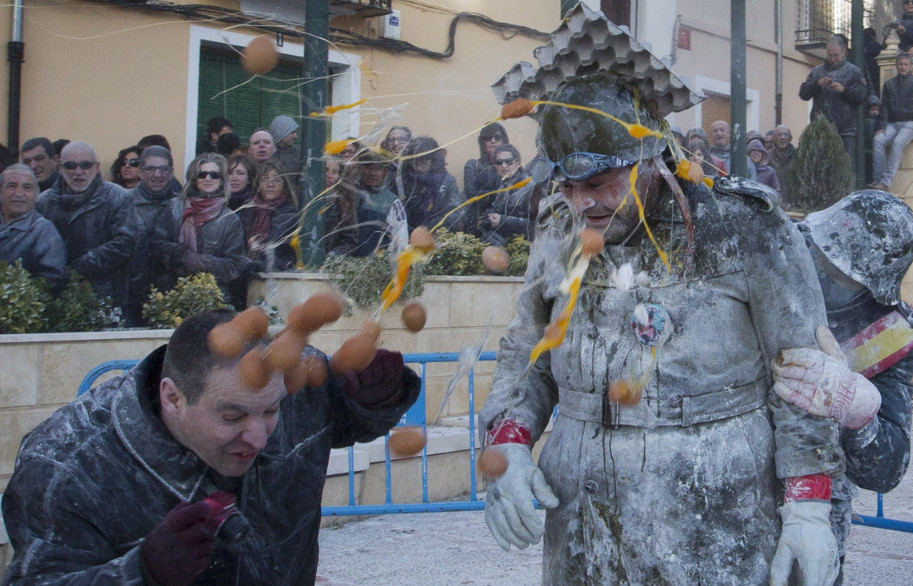 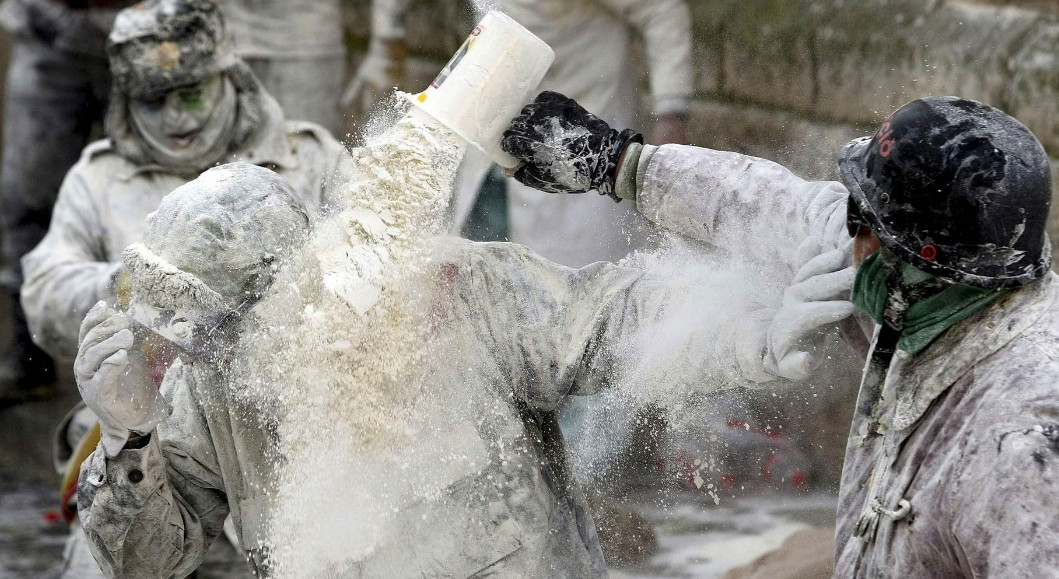 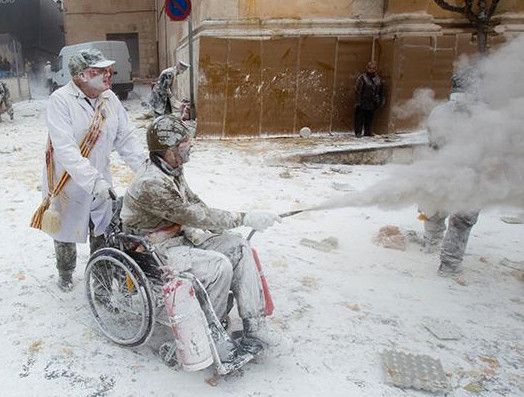 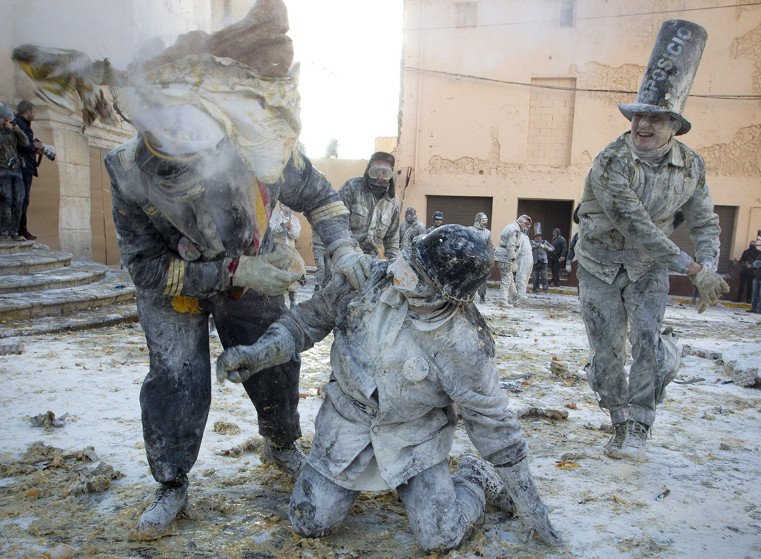 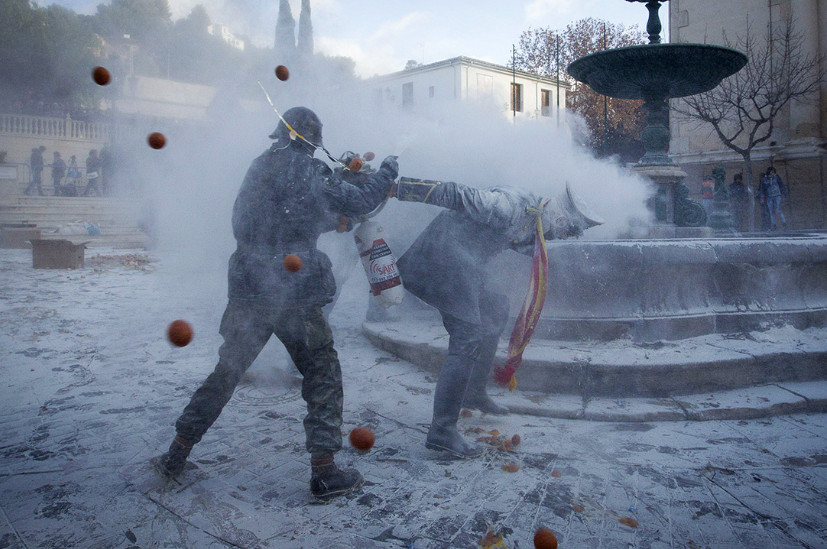 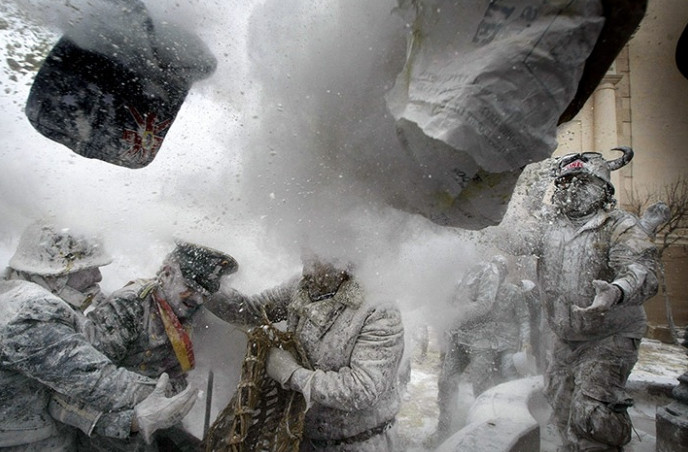