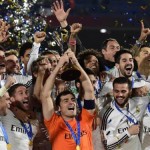 Real Madrid defeated San Lorenzo of Argentina 2-0 on Saturday to win the Club World Cup and secure their fourth trophy of 2014. The Spanish giants dominated the final with Sergio Ramos, who had been an injury doubt because of a hamstring strain, and Gareth Bale getting on the scoresheet. Real added the year-ending trophy to the Champions League, Copa ... END_OF_DOCUMENT_TOKEN_TO_BE_REPLACED 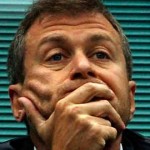 According to the latest study of Vanity Fair, because the Russian economy is in recession, the ruble fell to its lowest level in more than one decade and oil prices were constantly falling, the billionaire from the land birch base has lost a considerable fortune. He’s powerful Chelsea owner, Roman Abramovich is no exception. Although the Russian government has declared ... END_OF_DOCUMENT_TOKEN_TO_BE_REPLACED 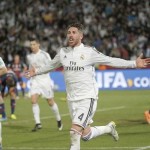