Sex is banned on space missions. So far, the space station does not admit to knowing about any sex that has happened in space.
As Slate points out, it would be incredibly difficult to have sex in space, given astronauts’ lack of privacy, overwhelming workloads, and lack of gravity. 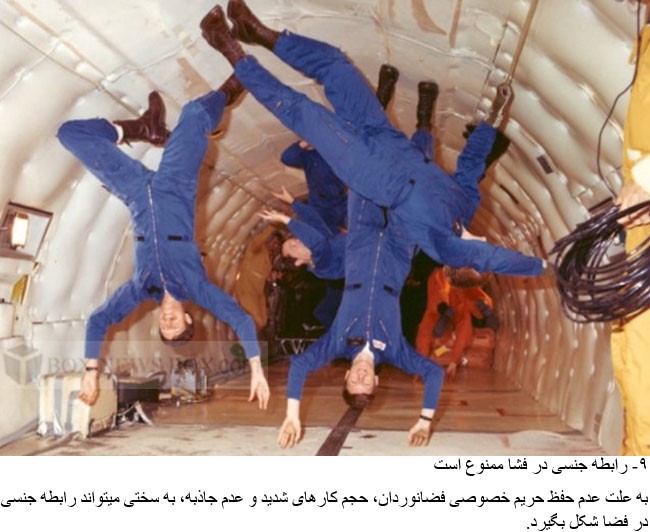 Sex is not allowed, either.