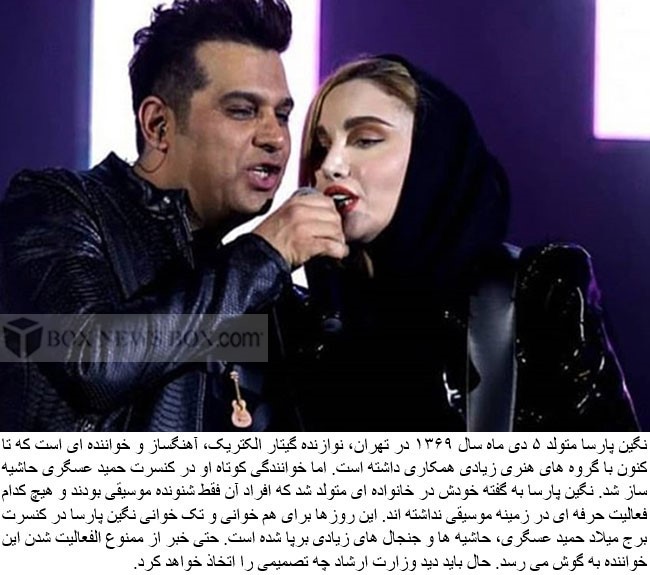 Negin Parsa Born on December 5, 1981, a guitarist, composer and singer who has worked with many art groups so far. But her short singing took place in Hamid Asgari’s concert. Negin Parsa, in her words, was born in a family whose music was only music listener, and none of them had professional music. These days, for singing and singing Negin Parsa in the Milad Tower concert, Hamid Asgari, there are many edifices and controversies. There is even the news that the reader will be banned from acting. The decision of the Ministry of Guidance must now be taken.