Household Items You Might Not Know Were Invented by Women

Mary Phelps Jacob, also known as Caresse Crosby, was an American patron of the arts, a publisher, and a promoter of the lost generation of expatriate writers in Paris: Ernest Hemingway, Archibald MacLeish, Henry Miller, Anaïs Nin, Kay Boyle, Charles Bukowski, Hart Crane, and Robert Duncan, and on top of everything else she invented the first bra. One night in 1910, while getting ready to go to a dance, Mary put on a corset that, in addition to being uncomfortable, was not very appropriate for the outfit she was wearing. So she called her personal maid and told her to get her 2 handkerchiefs from her pocket, one pink ribbon, and a needle and thread. This is how she made the linings and the strap of a bra, inaugurating a new form of undergarment. 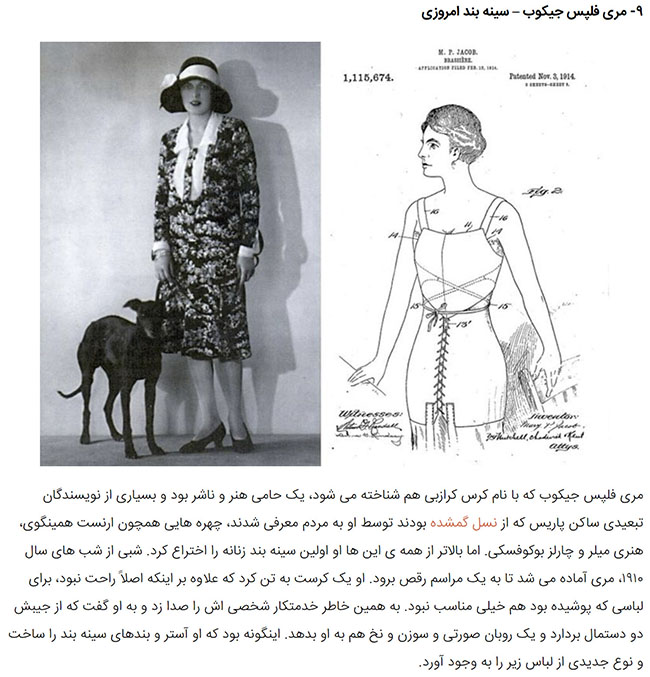