Golshifteh Farahani (born 10 July 1983) is an actress. She was nominated for the Most Promising Actress Award for The Patience Stone at the 2014 Cesar Awards in France, and won the Best Actress Award for Boutique from the 26th Nantes Three Continents Festival (France). To block the sharing of information regarding the protests and the deaths of hundreds of protesters on social media platforms, the government shut down the Internet nationwide, resulting in a near-total internet blackout of around six days. Many items are forbidden on Instagram that Instagram will remove them, and if the user keeps violating Instagram’s rules, the account will be banned. 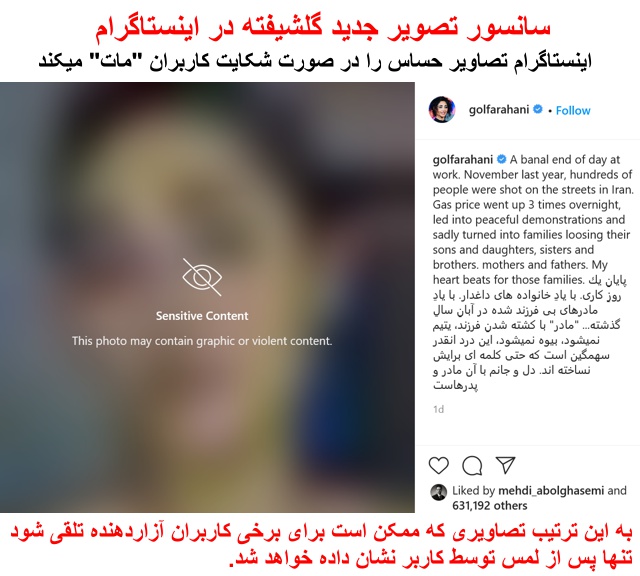