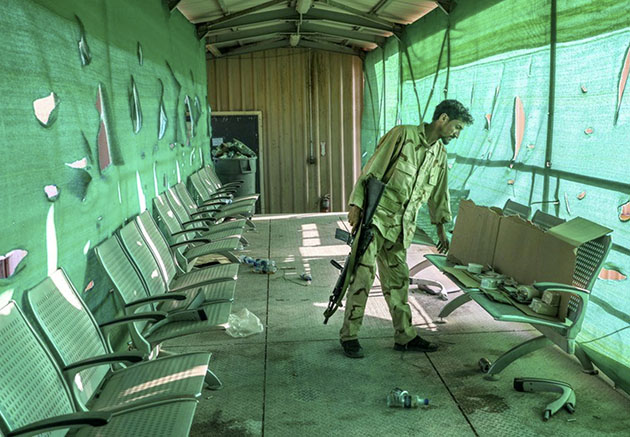 By the time he arrived with troops to secure the site, looters had broken in and carried away many items that the soldiers had left behind – including laptops, stereo speakers, bicycles and guitars which were being hawked from second-hand shops by Sunday morning.General Kohistani said troops also left behind small arms and ammunition along with hundreds of military vehicles and thousands of civilian cars and trucks, though many do not have the keys needed to start them. He has also inherited Bagram prison and its roughly 5,000 inmates – mostly believed to be Taliban.