Some things in life are priceless. And the dress Lady Gaga wore during the Grammy Awards 2016 is probably one of them. She decided to pay tribute to David Bowie, who had just passed away. The American Horror Story star appeared on the red carpet wearing a blue Marc Jacobs embroidered suit. She matched it with a red wig, similar to the hair Bowie had on Life on Mars. 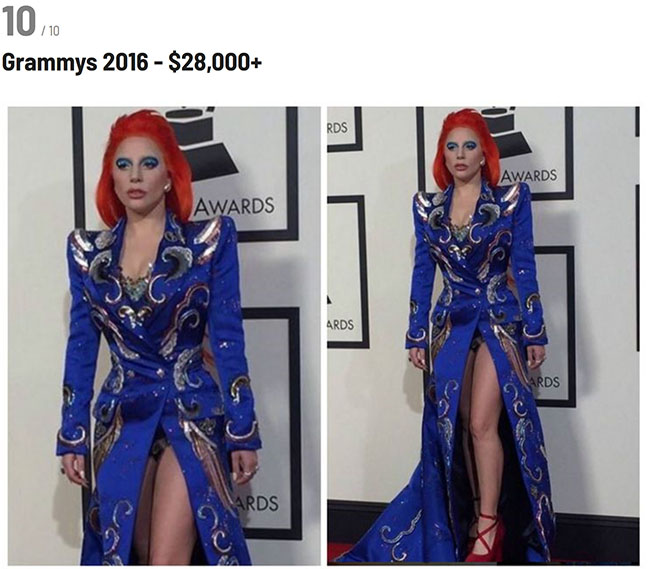