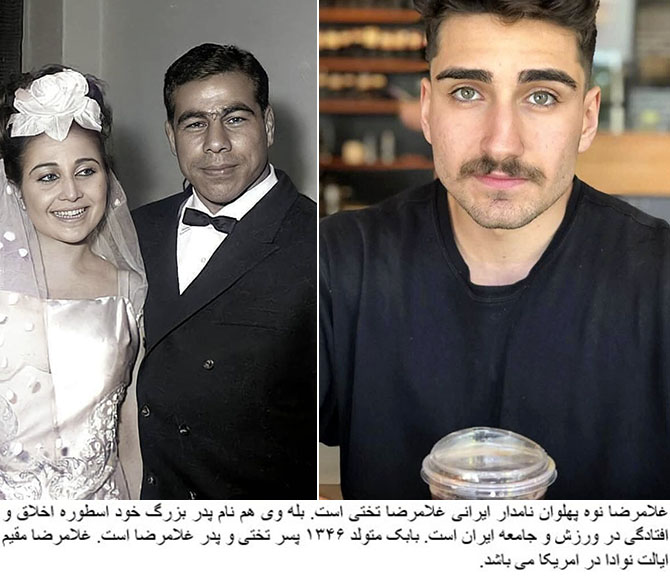 Gholamreza Takhti (August 27, 1930 – January 7, 1968) was an Olympic Gold-Medalist wrestler and Varzesh-e Bastani (Traditional Sport) practitioner. Popularly nicknamed Jahān Pahlevān (The World Champion”) because of his chivalrous behavior and sportsmanship (Javanmardi in culture), he was the most popular athlete of Iran in the 20th century, although dozens of athletes have won more international medals than he did. Takhti is still a hero to many. He is listed in the FILA wrestling hall of fame.