Nima Behnoud (born 18 August 1976) is an artist and Creative Director. He is the first fashion designer who implemented Persian calligraphy in a form of clothing and later on the creation of the brand in New York. In 2014 he decided to open the studio doors to selected curators including a curator from Paris who hand picked a selection and put together a solo exhibition at Nicolas in Paris. 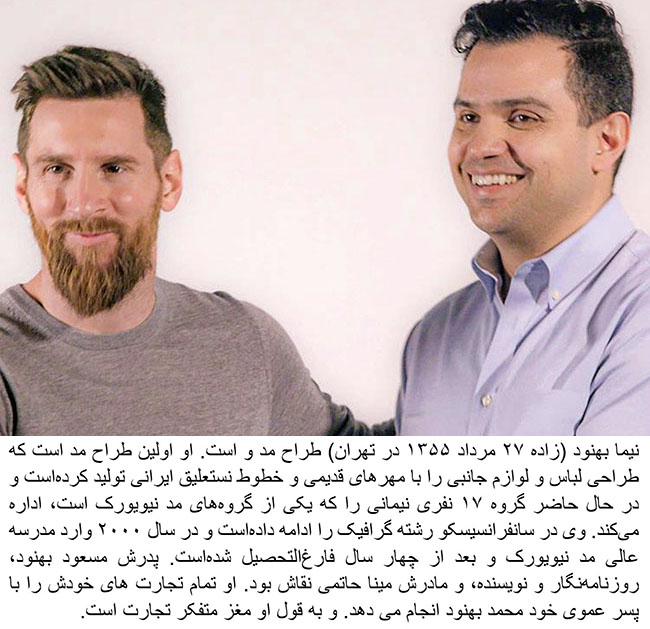