Pope Francis, 79, FALLS OVER during Mass in front of a TV audience

This is the moment Pope Francis fell over during Mass in front of a television audience of millions while visiting Poland’s holiest site.The 79-year-old Pontiff stumbled at the altar and had to be helped to his feet as he celebrated a Mass at the Jasna Gora Monastery in the southern city of Czestochowa. Pictures show him tumbling to the floor next to steps leading to the open air altar and being helped to his feet by Vatican Master of Ceremonies, Guido Marini. He was uninjured and finished the event, which was aired to a television audience of millions. 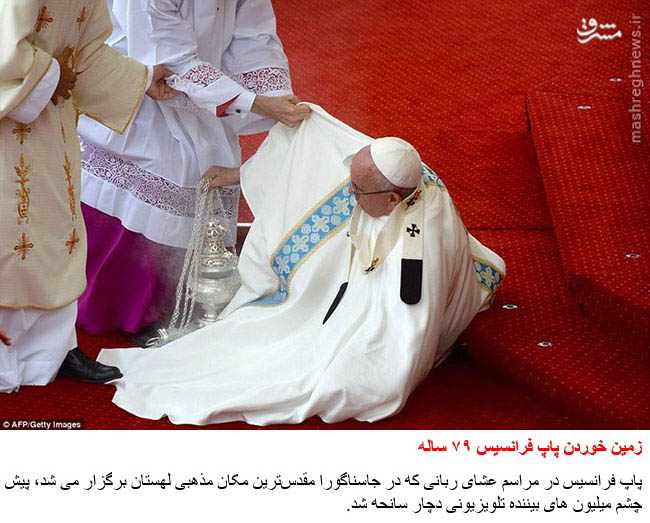