Roxanne Varza is the director of Station F in Paris

Varza was previously the head of French Microsoft start-up activities, including Bizspark and Microsoft Ventures and currently serves as Director of Station F, a large startup incubator facility in the 13th of Paris. Prior to working with Microsoft, she was part of multiple European start-up companies and was the editor for France, which she received a job offer from after writing the blog. Her activities also include advising Silicon Valley corporations about opening in France. She co-founded Girls in Tech Paris, Girls in Tech London, and was the founder of the website. Girls In Tech organizes training courses in computer code writing for women. 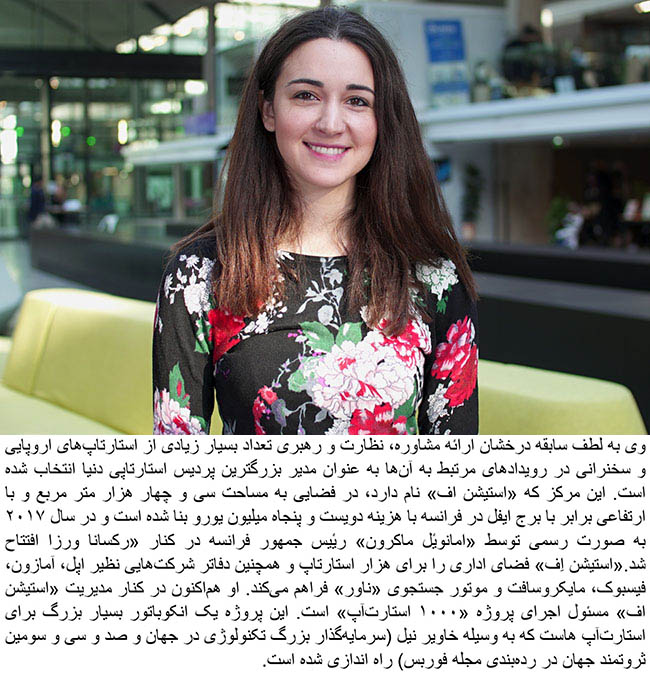