The Red Carpet for ‘Septembers of Shiraz’ at Toronto Film Festival

Gerard Butler gives photographers a smoldering look while attending the premiere of Septembers of Shiraz during the 2015 Toronto International Film Festival at Roy Thomson Hall on Tuesday (September 15) in Toronto, Canada.The 45-year-old actor, who produced the flick, was joined on the red carpet by leading stars Salma Hayek, Adrien Brody, and Shohreh Aghdashloo, who was accompanied by her husband Houshang Touzie.The evening before, Salma sat down on stage with TIFF artistic director Cameron Bailey at her In Conversation with Salma Hayek panel at the Glenn Gould Studio at CBC in SUPPORT of the upcoming Wayne Blair-directed thriller. 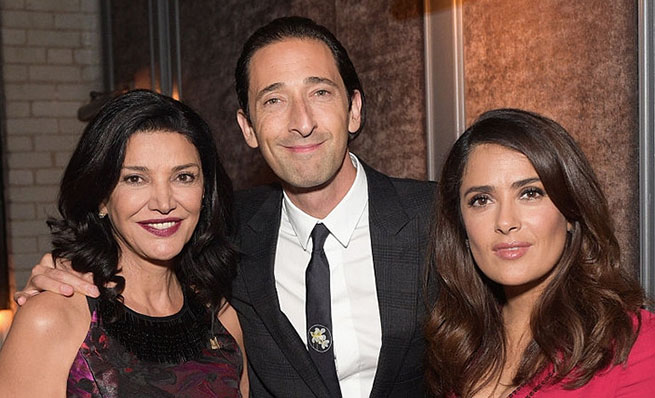