The some unseen pictures of Shiraz in 100 years ago

Shiraz is most likely more than 4,000 years old. The name Shiraz is mentioned in cuneiform inscriptions from around 2000 BCE found in southwestern corner of the city. According to some mythological traditions, it was originally erected by Tahmuras Diveband, and afterward fell to ruin. It has a moderate climate and has been a regional trade center for over a thousand years. It is regarded as one of the oldest cities of ancient. 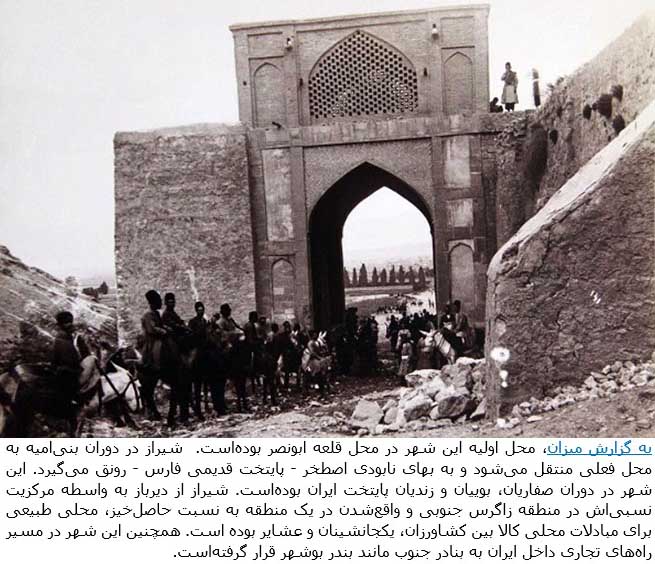