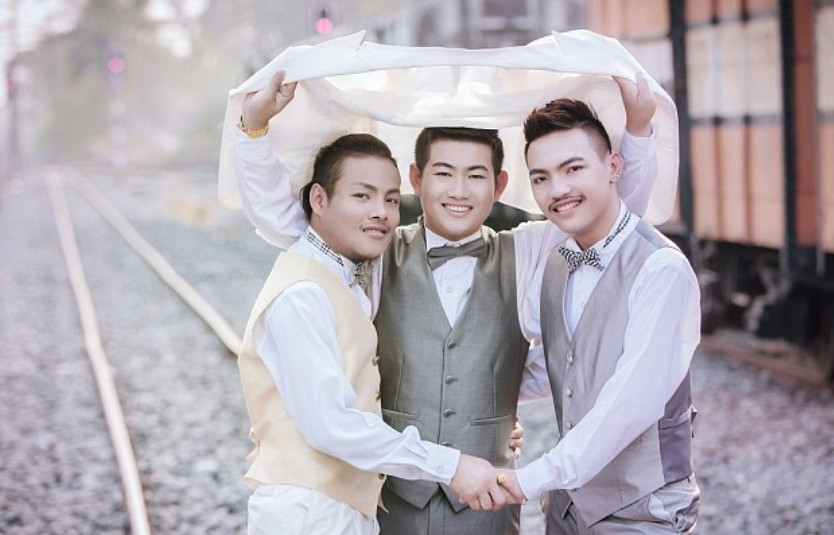 Three guys married each other in Thailand

Three men who married each other on Valentine’s Day have become internet sensations in Thailand after photos from their pre-wedding shoot went viral. Netizens congratulated the men, only identified as Joke, Bell and Art, who were married in a traditional water-pouring ceremony at midnight on 15 February. The photos show the trio in Thai and western wedding attire and the text on one reads: ‘Pure love cannot be seen by your eyes. If you want to know what its worth you have to see it with your heart. On one TV station’s Facebook page alone, a photo of the men had more than 50,000 likes and 1,000 comments. Happy newlyweds Joke, 29, Bell, 21 and Art, 26. 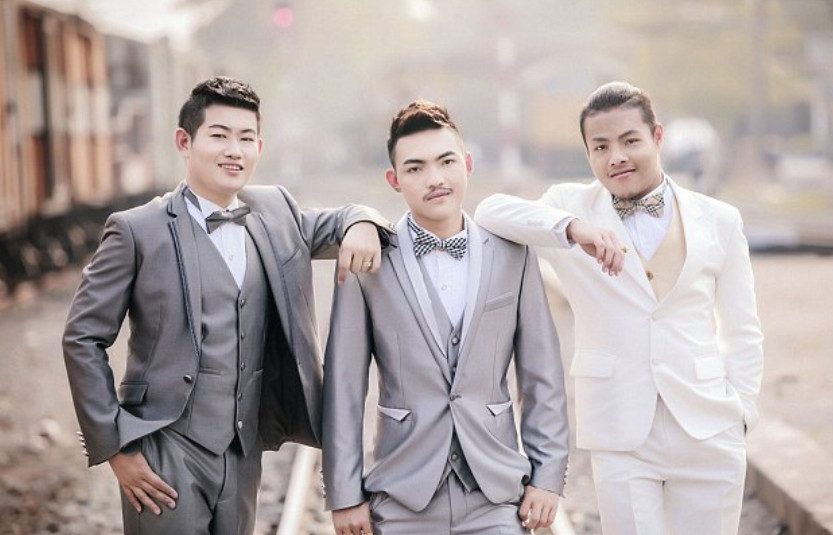 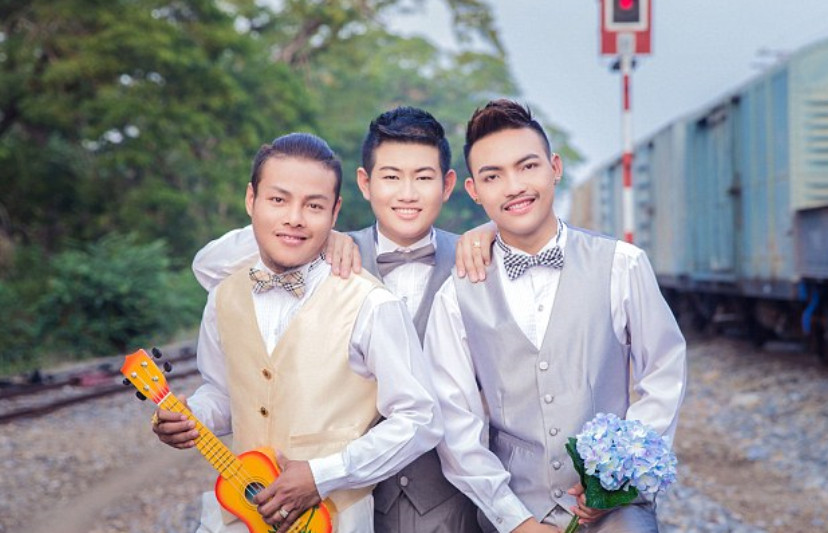 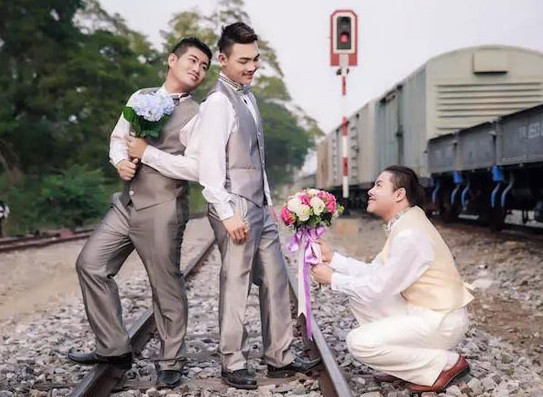