Faegheh Atashin ( born May 5, 1950 in Tehran) also known by her stage name Googoosh, is an Iranian singer and actress of Iranian Azerbaijani origin. She is known for her contributions to Iranian pop music, but also starred in a variety of movies from the 1950s to the 1970s. She achieved the pinnacle of her fame and success towards the end of the 1970s. Her overall impact and contributions to Persian and Azerbaijani pop-music earned her the title of the most iconic female pop-singer from those regions. She has recorded songs in Persian, Azerbaijani, Turkish, Arabic, English, French, Tajiki, Italian and in Spanish. 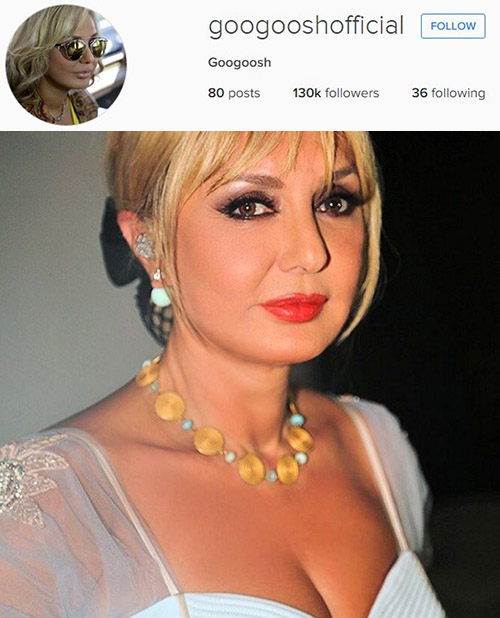