Mobin Nasiri is a famous TV presenter who is banned from working in TV. Iran’s state television is under heavy criticism from both supporters and opponents of the government, who say its programs are relatively dull and don’t appeal to the nation’s urban middle class. Viewers are increasingly turning to foreign-based Farsi-language satellite channels, some of them financially backed by the United States and Britain.A member of parliament recently said that the elite Revolutionary Guards are using new equipment to block transmissions of foreign channels. 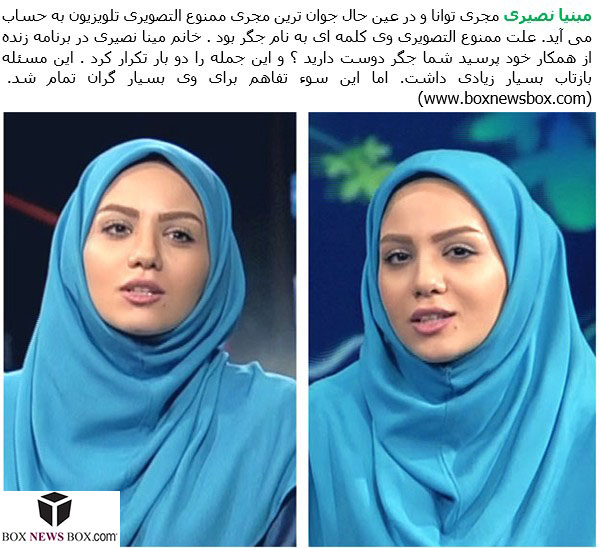