An 18-year-old Indian girl has married a stray dog as part of a tribal ritual designed to ward off an evil spell. Mangli Munda, from a remote village in the eastern Indian state of Jharkhand, wed the canine in a lavish ceremony. The wedding was hastily organised by village elders after a local guru led Mangli’s parents to believe that the teenager possessed ill-luck and that marrying a man would bring destruction to the family and her community. And marrying a dog is the only way to get rid of the bad luck. And amazingly, this is not the first time that a local girl has wed a dog in the village. 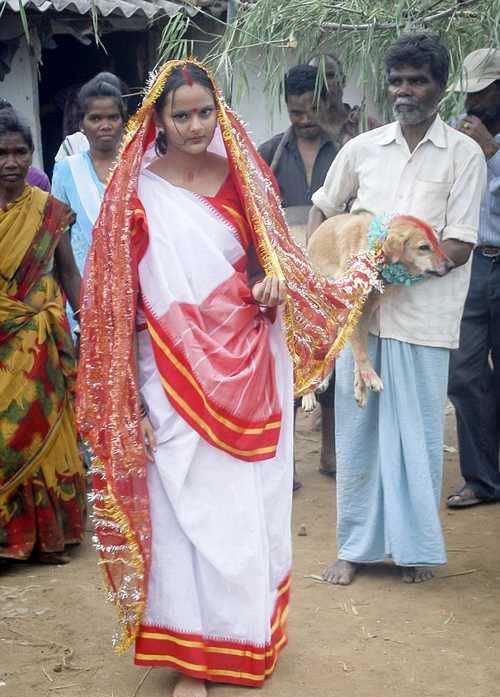 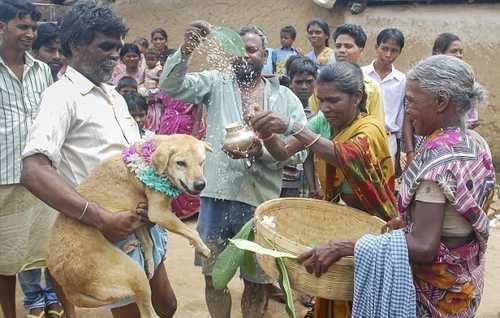 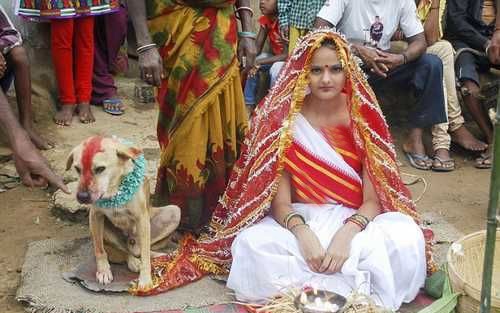