The Most Popular Artists in Britain

Roxy Shahidi (born Rokhsaneh Ghawam-Shahidi 12 March 1983 in Manchester) is an English actress, best known for playing Leyla Harding in ITV soap Emmerdale.She began her career as part of Contact Young Actors Company in 2004 and went on to work for Peskar Productions as a drama workshop leader in Oldham and Bolton. Her theatre credits include East is East, Janus (for West Yorkshire Playhouse), Christie Malry’s Own Double Entry at the Palace Theatre, Manchester, Freshly Scratched (for the Battersea Arts Centre) and Rafta, Rafta… at the National Theatre. She has appeared on British television in shows such as Sinchronicity and Emmerdale, playing the part of Leyla Harding from 2008 to 2011. She has also acted in radio plays, e.g. Nadeem Aslam’s Maps for Lost Lovers. 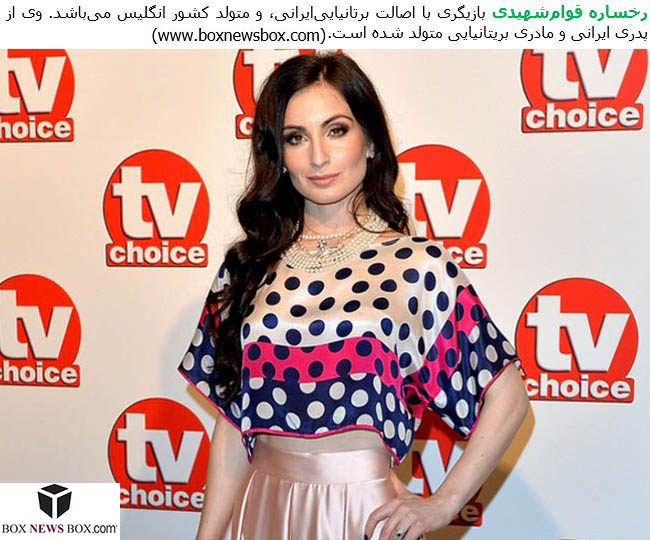