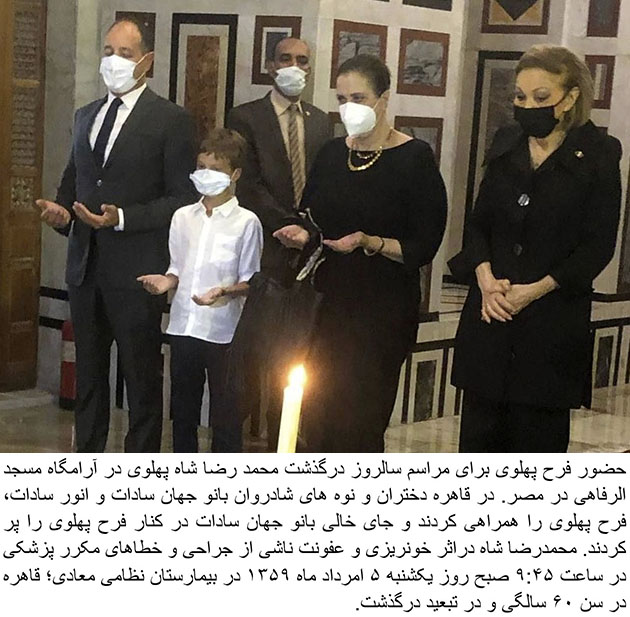 The question of where the Shah and Shahbanu would go after leaving Iran was the subject of some debate, even between the monarch and his advisers. During his reign, Mohammad Reza had maintained close relations with Egyptian President Anwar Sadat and Farah had developed a close friendship with the President’s wife, Jehan Sadat. The Egyptian President extended an invitation to the Imperial Couple for asylum in Egypt which they accepted.